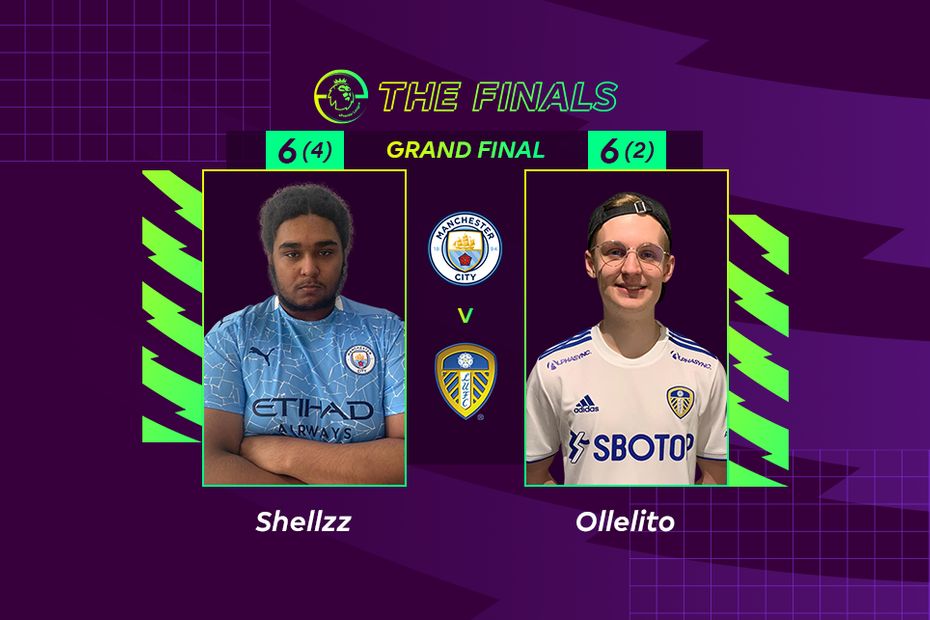 Two saves by Nick Pope in the shootout secured a first esports trophy for Shellzz, after the cross-console finale finished 6-6 following extra-time.

PS4 champion Shellzz beat Xbox winner Ollelito on his "home console", with a skilful effort by Marcus Rashford the pick of the goals in a 4-2 first-leg victory.

Ollelito forced a thrilling second leg to extra-time and penalties, with Pope the hero as he starred in the shootout and added to his incredible save in normal time.

The penalty shootout which sealed @Shellzz the 2020/21 #ePL title 🏆 pic.twitter.com/FB1eFefziV

Shellzz, who said before the tournament that he hoped an ePL title would help inspire City to a fifth Premier League Trophy, overcame last year's overall finalist Marc 'MarcMarleyyy' Marley in the semi-finals before beating Sheffield United's Mitchell 'Mhaywxrd' Hayward in the PS4 final.

There was no fairytale ending for Manchester United's Sean 'SAF Dragon' Allen, who had knocked out 2018/19 ePL winner Donovan 'Fnatic Tekkz' Hunt earlier in the week, as he lost to Chelsea's Diogo 'FalconsDiogo' Mendes in the last four of the Xbox competition.

As well as Shellzz taking home the trophy and a share of the £40,000 prize pot, there will also be seats on offer for top-ranking players at the EA SPORTS™ FIFA 21 Global Series (FGS) European Playoffs.