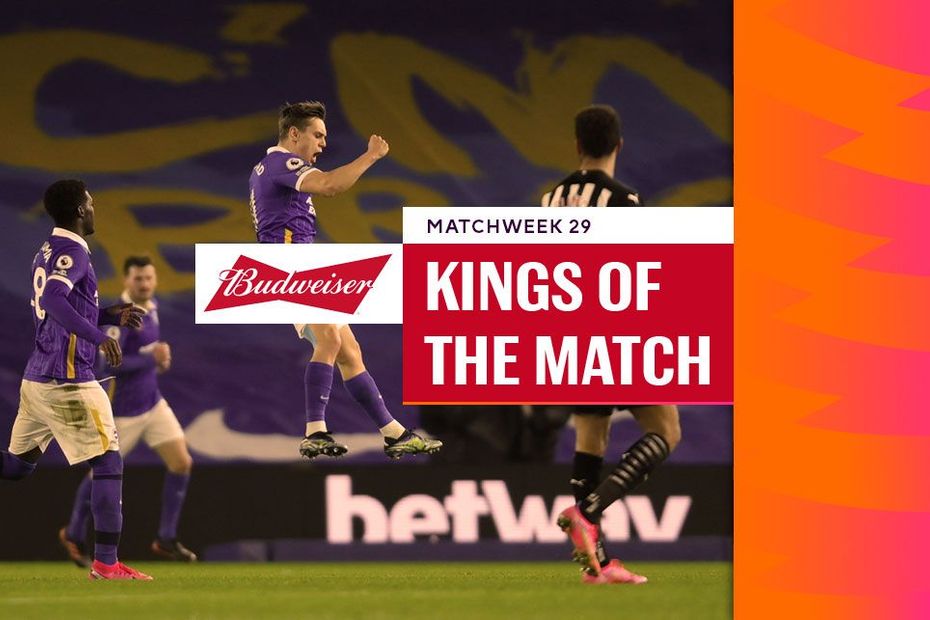 See which players earned the backing of supporters, including Brighton's Leandro Trossard

Supporters voted in their thousands to crown their Budweiser Kings of the Match in Matchweek 29.

The Leeds United striker scored his 14th Premier League goal of the season and then created the winner as his side moved up to 11th in the table.

Trossard opened the scoring with a superb strike before assisting Danny Welbeck, earning the backing of 56.2 per cent of the voters.

Lingard maintained his fine form for West Ham United, firing brilliantly into the top corner from the edge of the box before creating the hosts' second goal with a clever, quick free-kick.

Tottenham Hotspur's captain played a key role in the opening goal and then scored the second from the penalty spot, netting for the 17th time in the league this season and moving joint-top in the race for the Golden Boot, alongside Mohamed Salah.