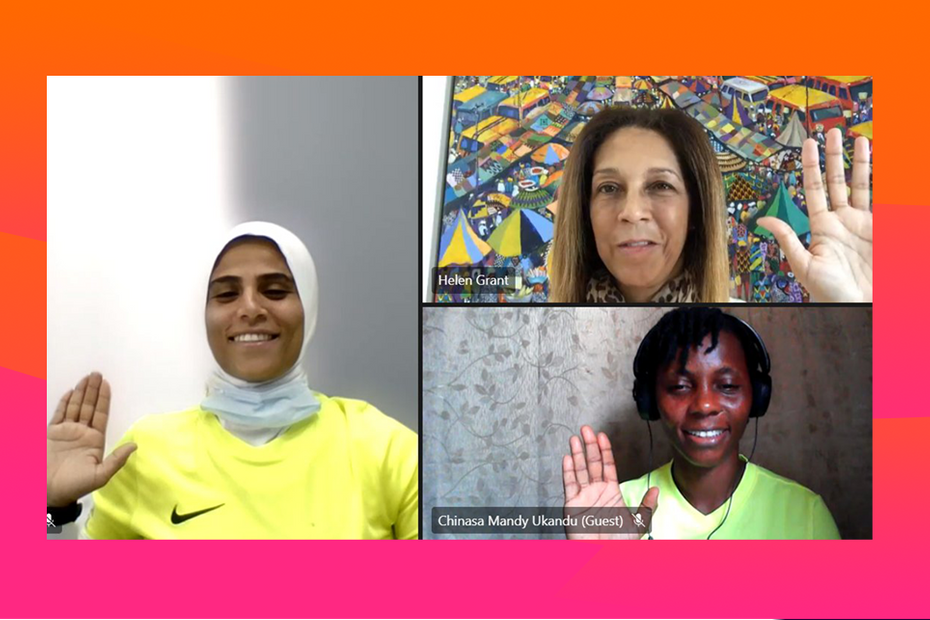 Since it began in 2007, the Premier League and the British Council have been using football to develop a brighter future for young people around the world through the Premier Skills programme.

More than 30,000 people in 29 countries have been trained as community coaches and referees in that time. A large proportion of these participants are female.

And as part of International Women's Day, two former female participants have been telling their stories to Helen Grant MP, the Prime Minister's Special Envoy on Girls' Education.

One of those coaches was Faiza Haider, a former Egyptian national women's team captain, who is now breaking down gender barriers by becoming the first woman in Egypt to manage a men's football team.

The other was Chinasa Ukandu, a Premier Skills coach educator, who has had a significant impact on bringing more girls and young women into the game in Nigeria.

"I'm just quite taken aback really to be sharing a platform today with two such incredible women and I'm in awe of the work that you are doing, genuinely," Grant said.

"You really are role models, ambassadors and the work that you are doing and both have done is really making a difference in breaking down barriers."

Female participants have played a crucial role in the success of Premier Skills.

"I have seen Premier Skills in action and it's incredible the way the British Council and the Premier League are using the power of sport as a force for good," Grant said.

"It's not just health and fitness but for young women and girls, it's all of those life lessons that you learn when you participate in sport: leadership, teamwork, discipline and respect. That really is how you change and improve lives."

Part 1: Massey-Ellis: We don't just tick boxes
Part 2: 'FPL is a great way to bring more women into football'
Part 3: Sheff Utd stars on the women who inspire them
Part 4: Senior Saints offer advice to next generation of women