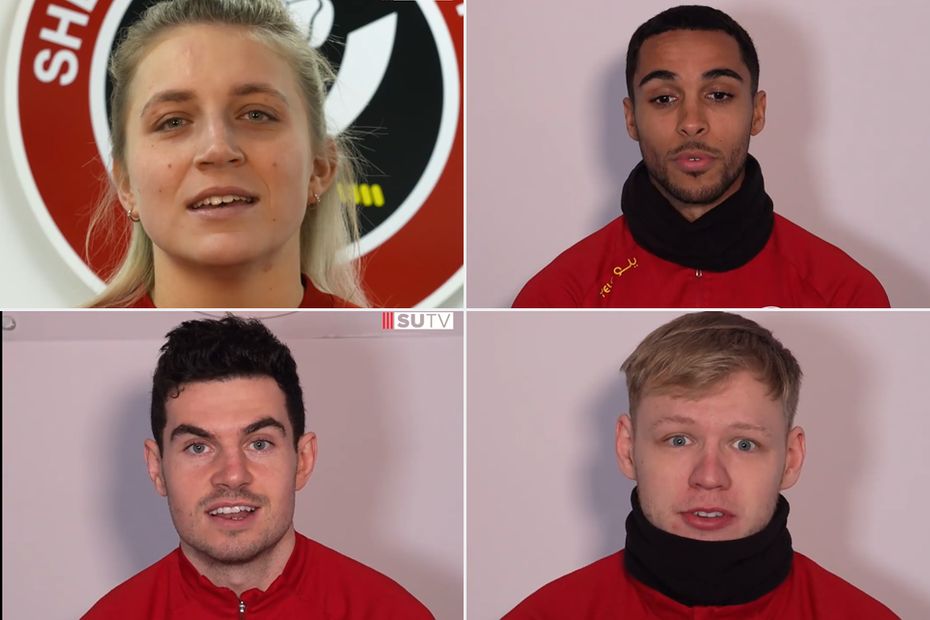 A mother's role is vitally important both in our upbringing and in our adult lives, and it is no different for professional footballers.

As part of International Women's Day, Sheffield United men's and women's first-team players have spoken about the female figures who are an inspiration to them.

Many of the players, including John Egan, Max Lowe and Ben Osborn, were keen to highlight the impact their mums have had on their lives.

"Leaving early, starting early from work just so she can fulfil her hours and driving up to Bolton, sometimes it would take two-and-a-half hours to get there," says goalkeeper Aaron Ramsdale.

"For her to do that and still wake up in the morning, and go and help others in her job at a school, she's definitely my inspiration. She's a top-class mum."

"She plays for England and has won the Champions League," he says. "She's an inspiration as well."