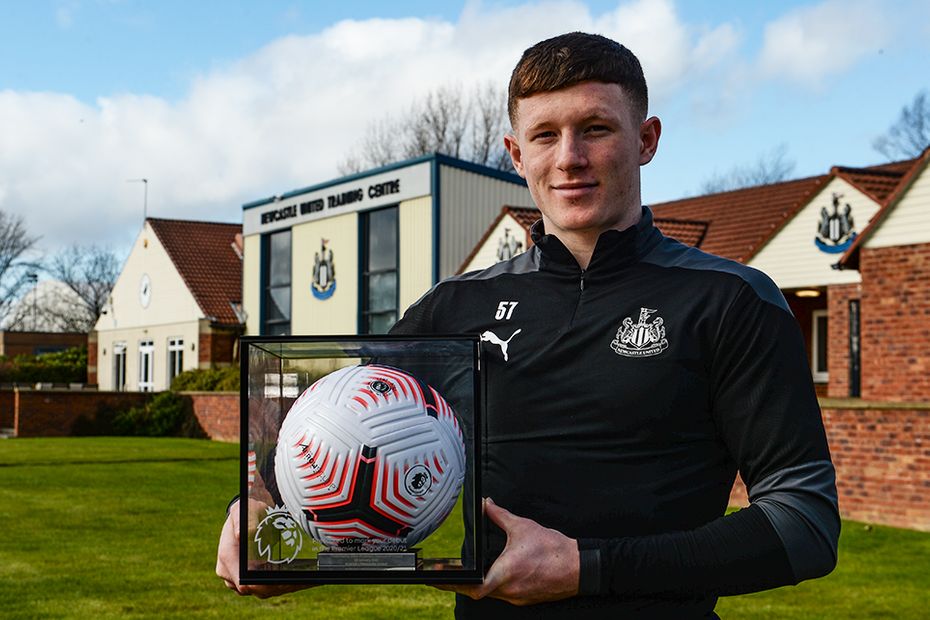 For boyhood Newcastle United fan Elliot Anderson, being around the first-team squad and making his Premier League debut for the club at the age of 18 is an unforgettable experience.

Anderson's journey with his boyhood club

The Newcastle midfielder was handed his first appearance in the competition at Arsenal on 18 January, coming on as a substitute for the final three minutes.

That came only nine days after making his senior debut for the club in an FA Cup tie against the same club at Emirates Stadium.

Speaking after receiving his Premier League Debut Ball, an accolade given to homegrown debutants to recognise their journey to the top flight, the goal for Anderson is to gain more first-team experience.

"It's refreshing to know if you work hard, it'll come. I guess every day from now I've just got to keep working hard and try to get in the team," Anderson said.

The 18-year-old is following in the footsteps of his grandfather, Geoff Allen, who played for Newcastle in the 1960s.