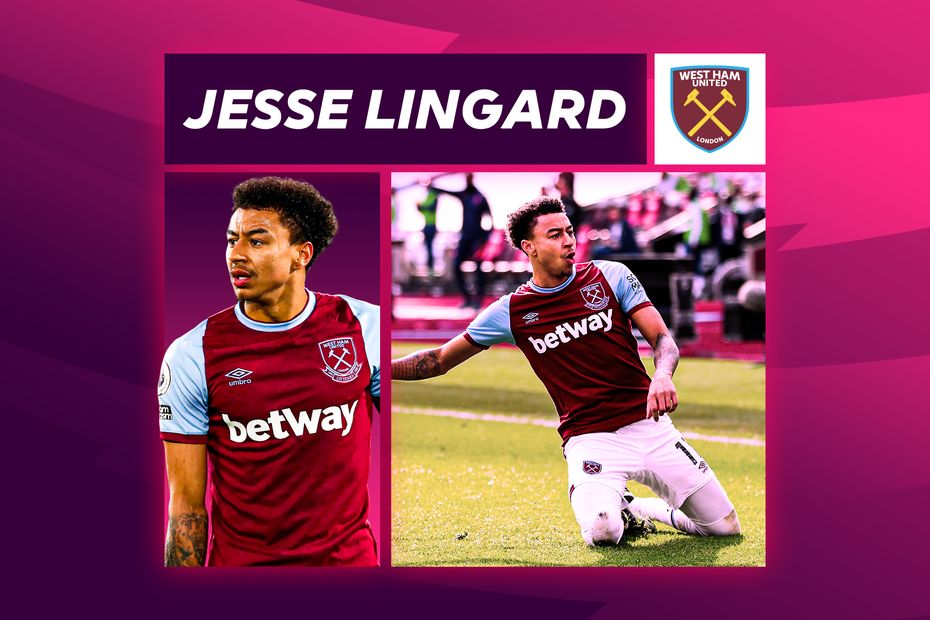 Rejuvenated and eager to impress, Jesse Lingard’s approach should suit West Ham United’s gameplan for their trip to Manchester City.

David Moyes’s side will have to play on the counter-attack at the Etihad Stadium, but on those breakaways they will rely on the movement and skill that Lingard provides.

Lingard is at his best when running into space, and reminded us of this when breaking into the box to score twice at Aston Villa on his Hammers debut.

And the 28-year-old surged into the area to dispatch a similar finish across the goalkeeper at home to Tottenham Hotspur last weekend.

It will be a challenge for West Ham to create opportunities to hurt in-form City, but when those moments do arise, Lingard could be crucial.

A feature of the West Ham's success away from home in 2020/21 has been their willingness to commit men forward on the break.

Despite having less than 50 per cent of possession in all six of their victories on the road, they out-shot each of their opponents.

In wins at Leicester City, Leeds United and Villa, they carved out 14, 19 and 20 shots respectively.

It will be a tough proposition to replicate those figures against Pep Guardiola’s league leaders, but if City slip below recent standards, West Ham are capable of providing nervy moments.

Only four clubs have created more big chances than West Ham's 20 in away matches this term.

Lingard has been deployed as a roaming No 10 and as a wide forward across his four West Ham appearances so far.

From those positions he has been full of energy, averaging 17.7 sprints per 90 minutes - a high tally for a player with no substitute outings.

His ability to use both feet also provides Moyes with useful tactical options.

In addition to his goal threat, the Manchester United loanee has also proved to be a very effective link player between defence and attack.

Lingard made the most passes inside the opposition half of all the West Ham outfield players in three of those four outings.

Returning to the city of Manchester, you can guarantee Lingard will be extra motivated to continue his outstanding form against Guardiola's side.