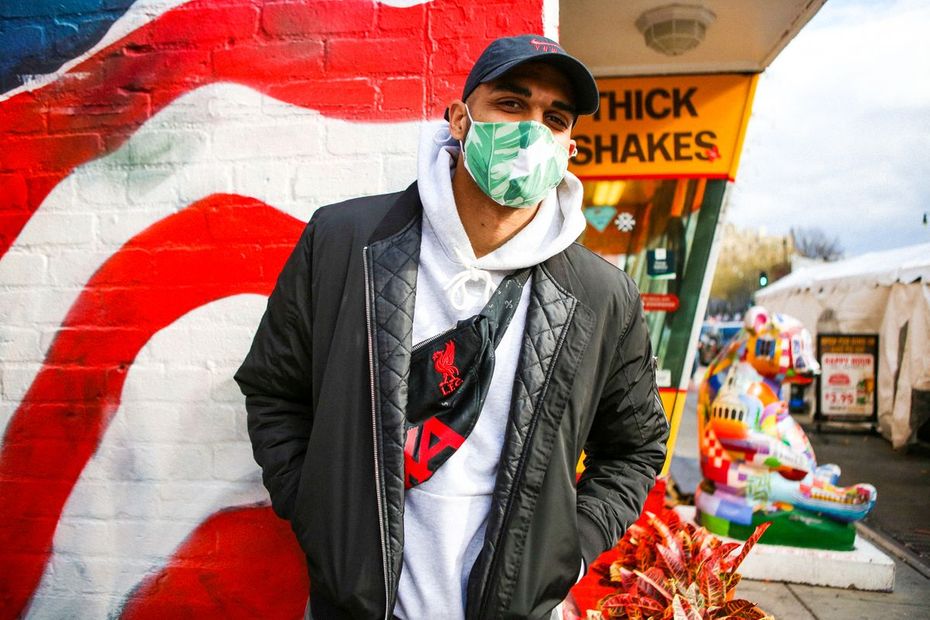 Meet Chris, a lifelong Liverpool supporter who constantly spreads his love of soccer, and who shows that black fans aren’t new to the game.

"As far back as I can remember, I had a soccer ball next to me. I was born in Michigan, my dad’s Jamaican, and my mom’s from Michigan. Football was one of the biggest things for my dad. We had old beta tapes from World Cups - that’s how much my dad watched - and as early as I can remember, we always just had soccer on the TV.

"From the beginning my dad's been a big fan of the Jamaicans who play the game. His love for them meant that when John Barnes moved to Liverpool, it was such a big moment for him. So naturally, he started to watch a lot of Liverpool, and because of that, I became a Liverpool fan for life.

"When I moved to DC in 2010, I became involved in the soccer community. I’ve organised community soccer games in the area, I started a podcast on the Premier League called Across the Pond and we even had Rebecca Lowe on. I have really just grown a network of soccer people here. I can't really avoid it - to the point now that my love for the game has expanded well beyond Liverpool and I watch soccer almost once a day.

"I think there’s an issue that the marketing of soccer and leagues to Americans has overlooked the black fan base in the United States.

"I just think that the problem is a lot of the experiences have been shaped for people other than black people. I don't think that black people aren't fans, people just aren't finding them. But people can't ignore it anymore. People are saying, 'Well, what's kneeling doing?'. It’s putting this issue right in front of our faces.

"I’m glad you are doing this story because we’re starting to see now that it's a priority by having a conversation like this - that there are black Premier League voices and fans who just love the game."