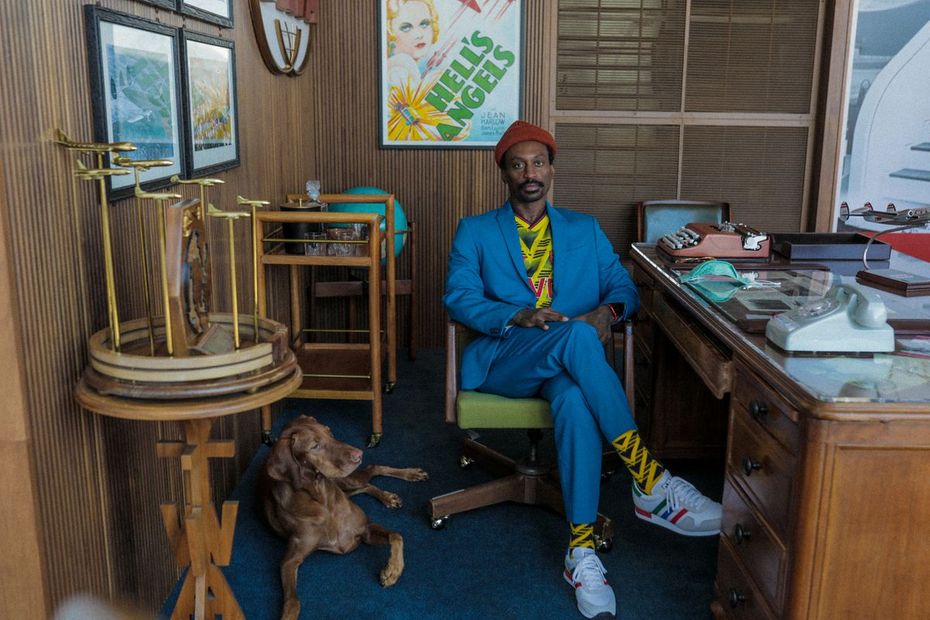 He will be partnering with the Premier League to help photograph and tell the #PLFansOfAmerica stories this season.

"I'm known for being one of the top hip-hop photographers in the world and recently for photographing the Black Lives Matter marches. Now I'm trying to be just as known in the soccer world.

"My friend Roy Thomas is a season-ticket holder and I became an Arsenal fan through him. He explained a brief history of the club to me and one of the things that stood out was that they were the first team to start nine black players in a game.

"That was enough for me to dive in. I saw it was the team for me, so much so that I've flown out to London a few times to watch the boys at the Emirates.

"Soccer is the dopest sport in the world and the PL is definitely the best league in the world with the coolest players.

"In March 2019, I starred in a mini-documentary detailing my first experiences with photographing a soccer match in Italy. I came home and started to think about how I can help push forward soccer culture in Black America.

"So, being a photographer, I started Charcoal Pitch FC, the only black-owned photography agency in the world.

"I want to make sure images of black and brown players and fans are documented and represented the right way, the same way I shoot musicians and entertainers - by giving us the spotlight we deserve.

"I've been able to photograph some amazing black and brown soccer players from places like Cuba, Angola, Kenya and more.

"In November, I had the opportunity to photograph Hector Bellerin, who has been an ally in pushing forward black culture in a positive spotlight.

"I want to highlight specifically black American fans that don't always get a lot of the shine in coverage.

"I'm excited to now be working with the Premier League on PL Fans Of America to identify the most amazing soccer fans we have in the country, photograph them, and let them tell their story."