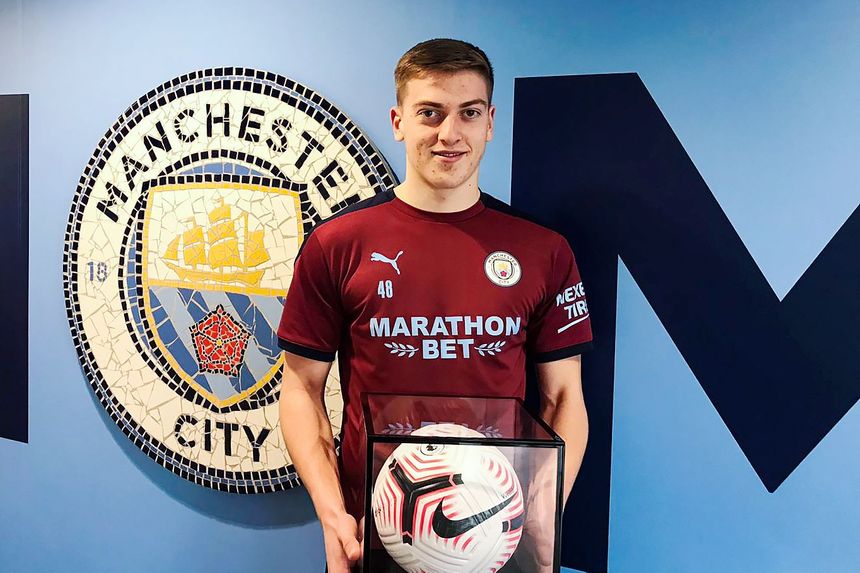 Liam Delap's Premier League debut for Manchester City was a moment he will never forget, and one made easier by the support of his team-mates.

The 18-year-old forward made his first appearance in the competition against Leicester City on 27 September this season, three days after scoring in his first senior match in a 2-1 EFL Cup win over AFC Bournemouth.

"That moment for me was probably one of the best moments of my life," Delap told the official club website after he was presented with his Premier League Debut Ball, an accolade given to homegrown debutants to mark their rise to the top flight.

"As a little boy all I dreamed of was playing football for a men’s team, and that first step of making your debut in the Premier League is brilliant."

Any pre-match nerves Delap may have experienced were eased by other members of Man City's first-team squad.

"They’ve all been in the situation I’ve been in before and were there to offer their support, encourage me throughout and not put any pressure on me," he explained.

"I was just thinking, 'Go out there, I’ve got no pressure, just work hard and do my best.' "

The progress of Academy graduate Phil Foden, who has established himself as a regular starter for City this season, has further inspired Delap.

"Phil has probably been in our position and, watching him now, you can seen what he's doing - he's flying," added Delap, the son of former Stoke City and Republic of Ireland midfielder Rory Delap.

"Being in and around there [training], there's so many things to learn and your game improves, making you a better all-round player."

If Delap needs any further inspiration, he will look no further than his prized Debut Ball.

“I’ll put it on the shelf so it's visible to remind me every time I see it," he said. "That’s the aim and the dream for me, to play as many games in the Premier League as possible."