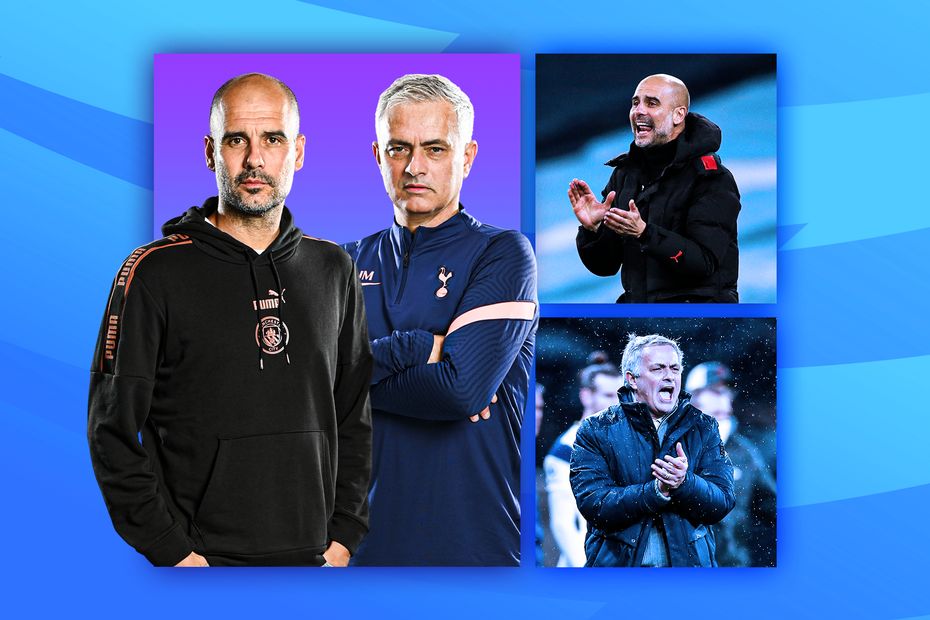 Tottenham Hotspur’s counter-attacking approach has earned them successive 2-0 victories against Manchester City, so Jose Mourinho is likely to opt for a similar approach at the Etihad Stadium on Saturday.

Will it enable them to claim a remarkable hat-trick over City? Or will the league leaders, who have won 15 successive matches in all competitions, learn from the past?

Mourinho’s big-match tactics depend on his forward players taking opportunities with ruthless efficiency.

During both previous wins against Man City, Spurs did not apply any spells of sustained pressure inside the final third.

Instead, they defended resolutely as a collective and clinically took advantage of lapses in City concentration.

A pass over the top for Son Heung-min caught out City’s defence when they last met. They also scored from a full-length breakaway that left Pep Guardiola’s central defenders exposed.

In the meeting a year ago, victory came from Steven Bergwijn dispatching a fabulous volley from a recycled set-piece and from Son pouncing on a mistake by Nicolas Otamendi to race through and score.

When you compare the chances created and Expected Goals (xG) from those matches, it is clear Spurs capitalised on City's lack of cutting edge and individual errors.

Recent history tells us that possession does not interest Mourinho in this match-up.

Spurs only had a third of the ball in the last two meetings, allowing City to pin them inside their own half for sustained periods.

From turnovers the aim was to catch the visitors off guard with longer passes.

In September, Leicester City punished Guardiola’s side in a near identical manner during their 5-2 victory.

That day, Leicester had just 28.3 per cent of possession, with 21 per cent of their passing classified as long.

After watching Ruben Dias concede a penalty at Liverpool last weekend when failing to deal with a long ball, it will be a surprise if Spurs deviate from this approach.

The leaders heeded lessons from those early season defeats.

Since late November, City have pressed significantly better, been far more compact out of possession and are less susceptible to breakaways.

Joao Cancelo’s hybrid right-back/midfield role has been a key element in that change, coupled with a successful centre-back partnership between Dias and John Stones.

In their last 14 top-flight matches, they have conceded just three goals.

Guardiola has made two notable tweaks to his side’s style since their loss to Spurs.

First of all, they have played without a recognised striker on seven occasions.

Unorthodox rotational movement has regularly drawn opponents out of position, and is a tactic that has worked well against low blocks.

City since loss to Spurs in November

In certain matches, the league leaders have also been less focused on ball retention.

During impressive wins at Chelsea and Liverpool, they enjoyed a 45.4 per cent and 44.1 per cent share of possession respectively.

Drawing those opponents on to them, they found extra space on quickly launched attacks that suited their mobile forward line.

Whether City will get that space if Spurs repeat the tactics that have worked well against them so far could determine the outcome.