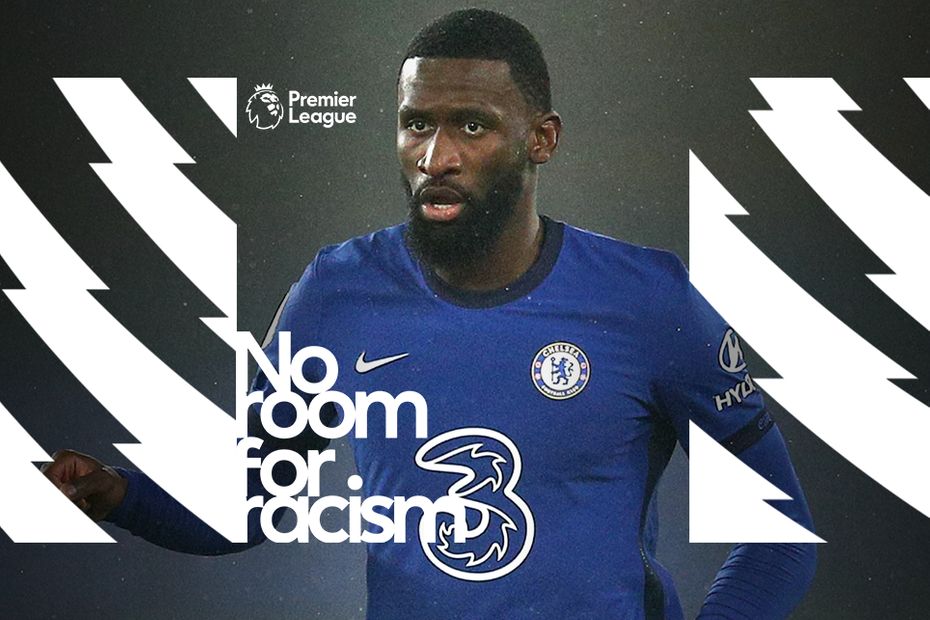 Antonio Rudiger says receiving racist abuse has tested his resolve but, while he has been able to block it out, he fears for others who cannot.

"I cannot control people’s emotions but people should be human beings," the defender told Chelsea's official website. "Me, I didn’t post anything, but the racial abuse was immense.

"This makes me stronger because I know who I am, I can look in the mirror and I can smile. I know I didn’t do anything so for me this is forgotten.

"Of course it hurts, but in this case I just block it out because I know I didn’t do anything. I feel more sorry for people who are not strong enough so it really affects them."

As with Rudiger, several players such as his team-mate Reece James, Southampton's Alexandre Jankewitz, Manchester United's Marcus Rashford and West Bromwich Albion's Romaine Sawyers have been subjected to discriminatory abuse on social media over the past fortnight.

This has led Rudiger to question how much social media companies are willing to do to combat the issue.

"To be very honest, I don’t know about all these social media things but I think the more people who make accounts, they make money off it," he said.

"So, I think they don’t really care because as you know, this money has power so the rest doesn’t matter, so it is hard to tell if people will make a change on that."

The Premier League's online abuse reporting system is helping players, managers and their family members who receive serious discriminatory online abuse, where each case will be rapidly reviewed, reported to the relevant social media company, investigated and legal action taken where appropriate.

The League and clubs encourage fans to continue to play their part in the fight against racism by reporting it whenever they encounter it.

As part of its No Room For Racism initiative, the League has also produced free learning resources in the Premier League Primary Stars programme for schools and families to help educate children about diversity, inclusion and racism.

Players such as Dominic Calvert-Lewin, Conor Coady, Hamza Choudhury and Michail Antonio speak about the impact of racism and the importance of diversity to inspire and teach young people.