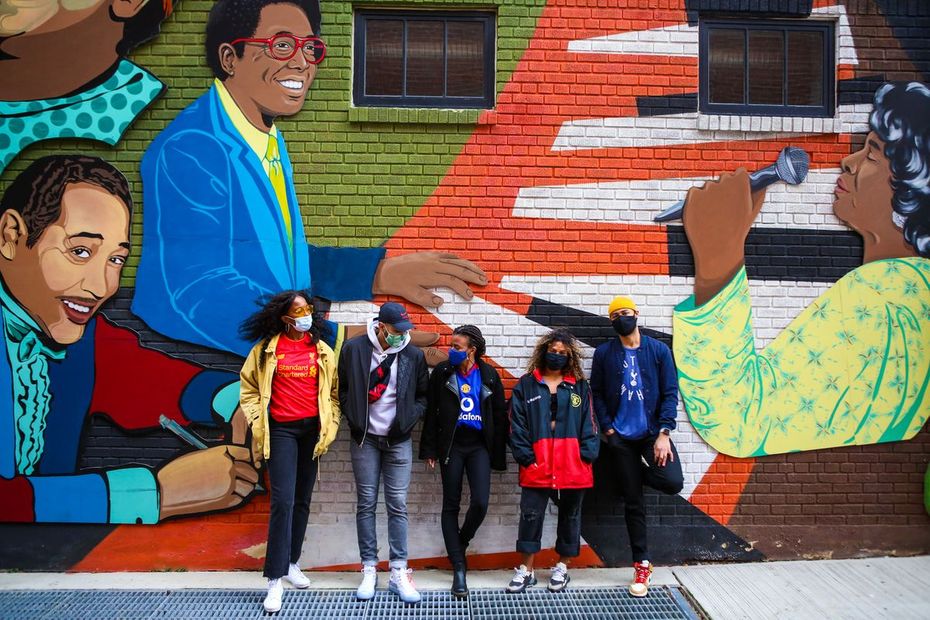 In honor of Black History Month, we had a conversation with a group of black fans in Washington D.C. who are all involved with Guerilla FC, a creative collective of players and fans creating space for those unappreciated by American soccer society.

They spoke about black representation in soccer, how they support, and how the community they’ve developed helps move soccer forward both on and off the field.

"I think the problem is that a lot of the experiences in the game in America have been shaped for people other than black people. I don't think that black people aren't fans, people just aren't finding them.

"That's really one of the things that we try to do with Guerrilla FC and our podcast, Across the Pond. It’s made up of three black Americans who talk about the game - and we talk about it differently than others - we talk about racism.

"Things are changing - Marcus Rashford put out a statement this week about being racially abused on Twitter, or we've seen how kneeling in the game has become such a topic. It's right in front of everyone's face now. People can't ignore it anymore."

"For us, who a lot of times are children of immigrants - we came into the sport and didn’t have access to this extensive pipeline that’s common for a lot of people in the US.

"When you’re a player, maybe you go play in college, maybe there’s a sponsor and you get to do cool things with your talent. But for those of us who still love the game who are outside of that, what do we do?

"I think we’re bringing in those people who are pure fans but at the beginning of it all, and they see what we can bring - our style, the music, the influence, the fashion. We’re all able to find that community and cultivate it in our own ways."

"As black fans, we're definitely starting to make our mark. So much of what we take pride in comes from how we present ourselves, our music and style.

"The ways that soccer has adapted in America has a lot to do with those characteristics. The style and fashion have the flare of soccer and our cultural context in it. The jersey I wear and how it wear it, it isn’t meaningless, it is my own story.”

"Growing up as a black female playing, it was hard to find my identity in soccer. At the time, soccer wasn’t really popular in America, and outside of Briana Scurry or Shannon Boxx, there weren’t really any other black women playing.

"When my playing career stopped, you realize you have more to offer than just athleticism. One of the players I admire most is Marcus Rashford, because he understands that, even during a time of such turmoil as a young black man.”

“As a black fan, soccer is seen as a white sport, and going to these various communities that wake up at 7:00am for Spurs games, they're definitely more geared towards white people.

"But once you get beyond that, I think it’s something beautiful that unites a lot of people. I went to college at Michigan and there's a similarity between that experience and what you would experience in college football. When you're outside looking in it seems like a bunch of raving lunatics, but once you're in it, you discover the black people that are in it, too, and you develop and cultivate a close bond. It gives you some common ground with the folks that are also there that aren't represented.”