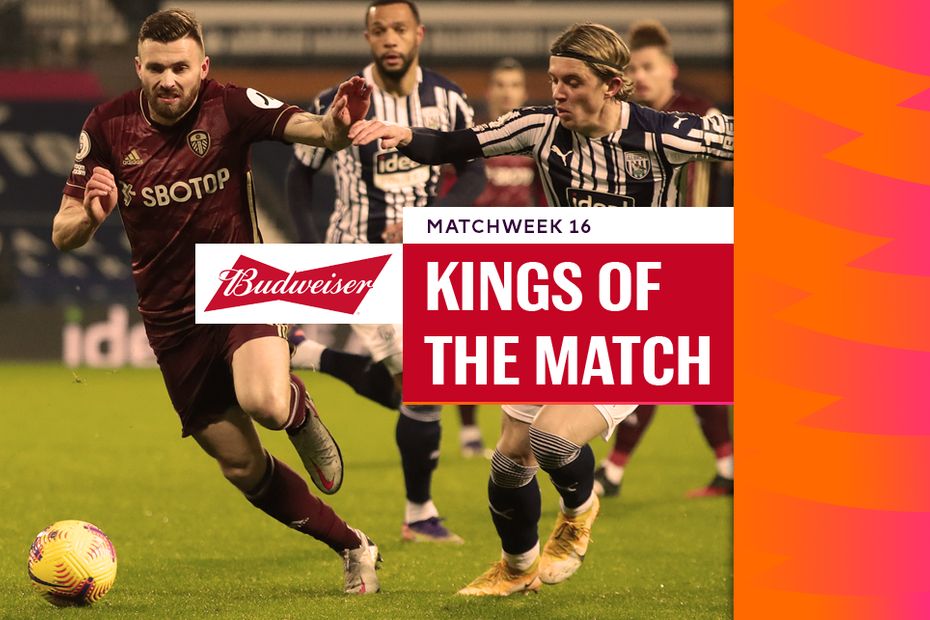 See which players earned the backing of supporters, including Leeds defender Stuart Dallas

Supporters voted in their thousands to crown their Budweiser Kings of the Match in Matchweek 16.

Zaha, who volleyed past Kasper Schmeichel to break the deadlock in the second half, earned 40 per cent of the vote to take the prize ahead of Harvey Barnes.

The defender provided the assist for Olivier Giroud's goal and was close to winning the match with a stoppage-time volley.

Earning over half of the vote, Saka followed up his impressive performance against Chelsea with another strong outing and provided the assist for Alexandre Lacazette's winner.

The Burnley captain capped a dominant display with the decisive goal against Sheffield United to take 44.3 per cent of the vote.

McCarthy was commanding in the Southampton goal and helped his side record back-to-back clean sheets for the second time this season.

Right-back Dallas did everything but score in an accomplished all-round display that earned him nearly half of the votes cast.

Rashford followed up his Boxing Day goal at Leicester City with a stoppage-time winner that took his side second in the table.

Several fine saves from the Newcastle United goalkeeper ensured his side ended 2020 with a point against Liverpool.