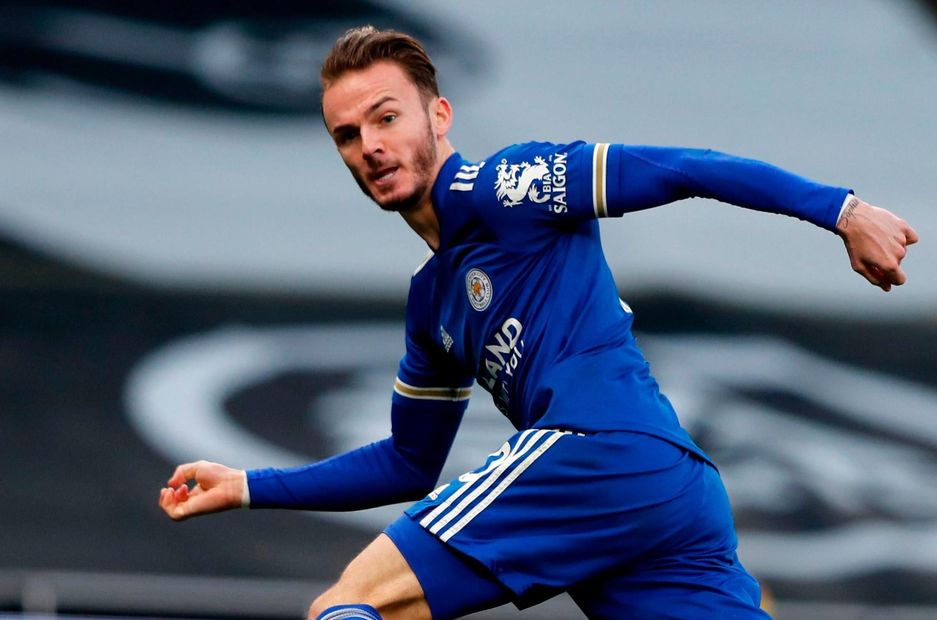 James Maddison's eye-catching form will provide Leicester City with added belief that they can end Manchester United's 100 per cent away record on Boxing Day.

The 24-year-old has been outstanding in recent victories over Sheffield United, Brighton & Hove Albion and Tottenham Hotspur.

Maddison will relish the opportunity to exploit the weaknesses in Ole Gunnar Solskjaer's defence, who have yet to keep a clean sheet on their travels, despite six straight wins on the road this season.

Across his last five Premier League appearances, Maddison has averaged 3.4 shots and 2.8 key passes a match.

He scored two wonderful goals at home against Brighton and was unlucky to have another overturned for offside against Spurs.

The England international also supplied a brilliant through-ball for Jamie Vardy to grab the winner against Sheff Utd.

An important part of Man Utd's game plan will be to limit the amount of space Maddison is given.

He has excellent spatial awareness and is among the best in the division at drifting into pockets undetected.

If the United midfielders Fred, Scott McTominay or Nemanja Matic fail to get close enough the Leicester playmaker will take advantage.

Bruno Fernandes is enjoying a tremendous first full campaign for Man Utd and his duel with Wilfred Ndidi should be a great watch.

Ndidi made a remarkable 18 ball recoveries last weekend as he closed off the room for Spurs' attackers to thrive.

To escape the Nigerian's attentions, Fernandes will need to be at his best.

Maddison's season stats are starting to look very impressive, especially when you consider he did not make his first Premier League start of the campaign until late October.

While he is not yet at the same level as Fernandes, the difference between their respective creative outputs this term is minimal.

If either Maddison or Fernandes are allowed to get into their stride in this match, they could well be the defining factor.