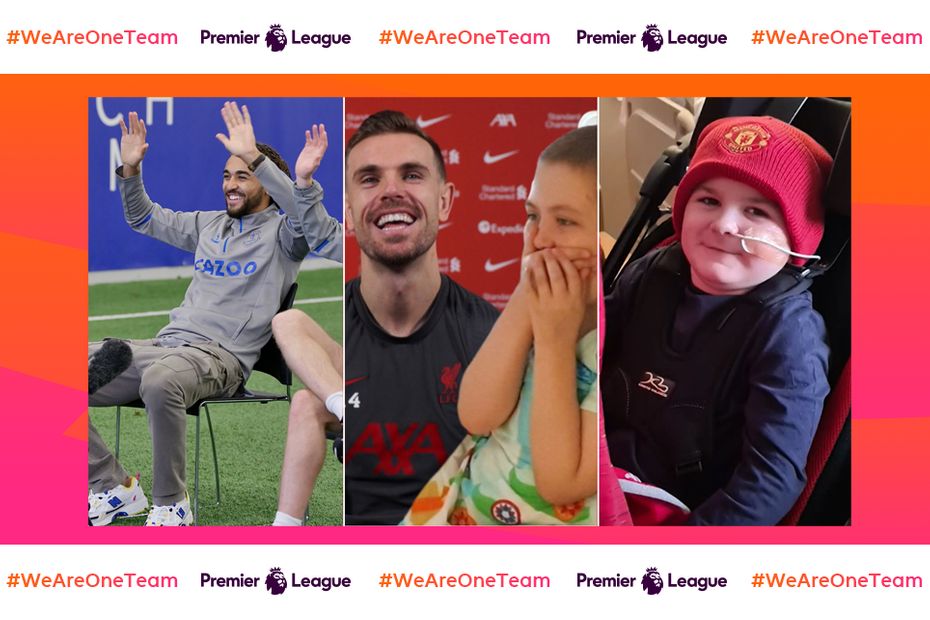 A key part of the Christmas schedule for Premier League clubs has been the first team's visit to local hospitals to meet and deliver presents to young patients.

The pandemic has prevented these trips this year but, through technology, clubs have still been able to spread Christmas cheer to the children in hospital.

During the two-day virtual visit, the patients and staff were able to chat and wave to their Everton heroes as a robot went around the wards.

The children also received merchandise and presents donated by the club.

"It was different but the kids seemed to enjoy it. Hopefully, it was a nice surprise for them," captain Seamus Coleman said.

"That's what this football club has always been about, the fans, especially when there's some going through tough times like some of the kids in there who are not feeling too good. It's our duty to play a part in that."

That same technology also helped Liverpool players provide special moments at Alder Hey as they took turns to dial into the hospital live and share gifts and take part in singalongs.

"It's important that even though we couldn’t be there in person, we try to find a way," captain Jordan Henderson said.

"Every year we go they [the staff] are so good with the kids, always smiling. The work they do is remarkable really - especially this year with what's been going on."

"Some of our young people are receiving treatment over years and can be in hospital for months," Hannah Simpson, a nurse at The Christie, said. "In light of COVID-19, being away from their families and friends and being in isolation, having that support from Manchester United players is invaluable to them."

The virtual visits are part of a wider Man Utd campaign called Santa's Red Helpers, which has involved players and staff coming together with the local community to support vulnerable children this winter. You can get involved by visiting the Santa's Red Helpers website.

Villa's first-team players and management team hosted a call with children from the Acorns Hospice to wish them a Merry Christmas.

The squad were also treated to a festive song from patients and staff at the hospice, which has been supported by Villa since 2006.