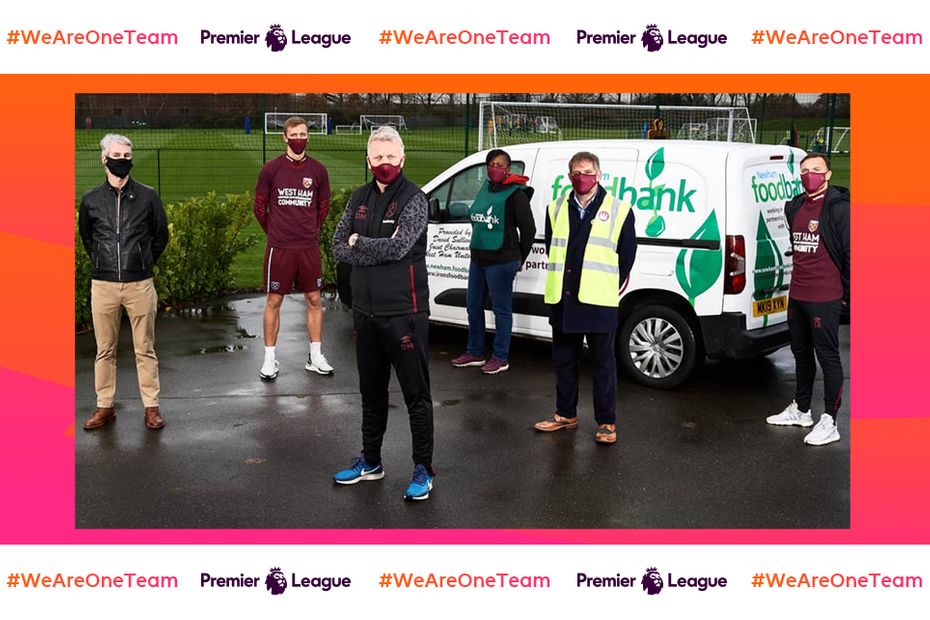 Money raised from donations made by supporters and club staff to assist around 8,000 children in east London

Hammers fans, players and Board come together to support community External Link

The generosity of West Ham United fans and the club will ensure that an estimated 8,000 local children in Newham do not go hungry over the festive period.

Throughout November and December, supporters have helped raise funds for vital local projects such as the Newham Foodbank in east London.

Inspired by the action of their fans, West Ham's staff, board and players have boosted the donation to the foodbank to £30,000 through Irons Supporting Foodbanks, including the finance of a delivery van.

They have also made a £25,000 donation to FareShare UK towards free meals through the Child Food Poverty Taskforce, founded by Manchester United striker Marcus Rashford, while 1,000 toys have been given to two local appeals to ensure as many children as possible have a present on Christmas Day.

"As players, we were more than happy to throw our support behind these vitally important campaigns," club captain Mark Noble told the club's official website.

As part of our #HolidayHunger initiative we are looking forward to delivering five programmes in the lead up to #Christmas.

"The efforts of the everyone during this challenging year have helped bring us even closer together as a team and lifted the spirits of everyone at the club.

“Now we need to focus on tackling poverty which is a big issue locally, so that there is more equality out there for everyone, and I think the club’s increasing focus in that area will help us to do that."

Through the West Ham United Foundation, the club will double its commitment to the Holiday Hunger programme, which means an additional £100,000 will be put towards the project by the end of 2021.

West Ham also continues to assist its local National Health Service trusts across East London and Essex and earlier this year committed to a range of new positive community initiatives to help the NHS provide vital support for patients and staff.

Adrian Thomas from Barts Charity, said: "2020 has been extremely tough for all of us in east London. But West Ham - the club, its players and its fans - have all shown amazing support for our local NHS in this most difficult of years."

See: Hammers fans, players and Board come together to support community