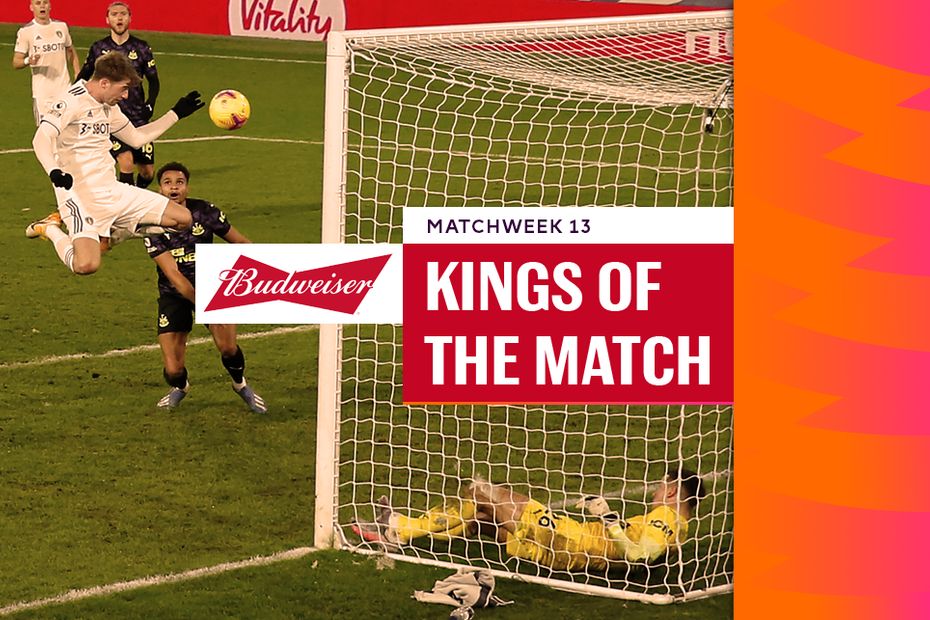 Supporters voted in their thousands to crown their Budweiser Kings of the Match in Matchweek 13.

The Blues full-back created the opening goal of the night for Olivier Giroud to score at Wolverhampton Wanderers, taking 39.9 per cent of vote.

The West Bromwich Albion goalkeeper made a number of brilliant stops to keep out Manchester City and help his side earn a valuable point.

The Southampton striker put his side ahead against former club Arsenal at Emirates Stadium in a 1-1 draw.

A ninth Premier League goal of the season from the forward broke the deadlock against Newcastle United in a 5-2 win and earned him 69.3 per cent of the vote.

The Brazilian's low effort found the bottom corner to give Everton the lead in their 2-0 win at Leicester and this earned him 40.1 per cent of the vote.

Lamptey was part of Brighton's defence which kept a clean sheet in the goalless draw at Fulham.

The Liverpool striker scored for the fourth match in a row, as his side beat Tottenham Hotspur to go top of the Premier League.

Another solid showing from the West Ham midfielder, who helped his side draw their London derby with Crystal Palace.

Martinez made four saves as he kept his sixth clean sheet of the season in Aston Villa's goalless draw with Burnley.

It was another excellent away performance by the Manchester United star, who scored twice in the 3-2 win over Sheffield United.