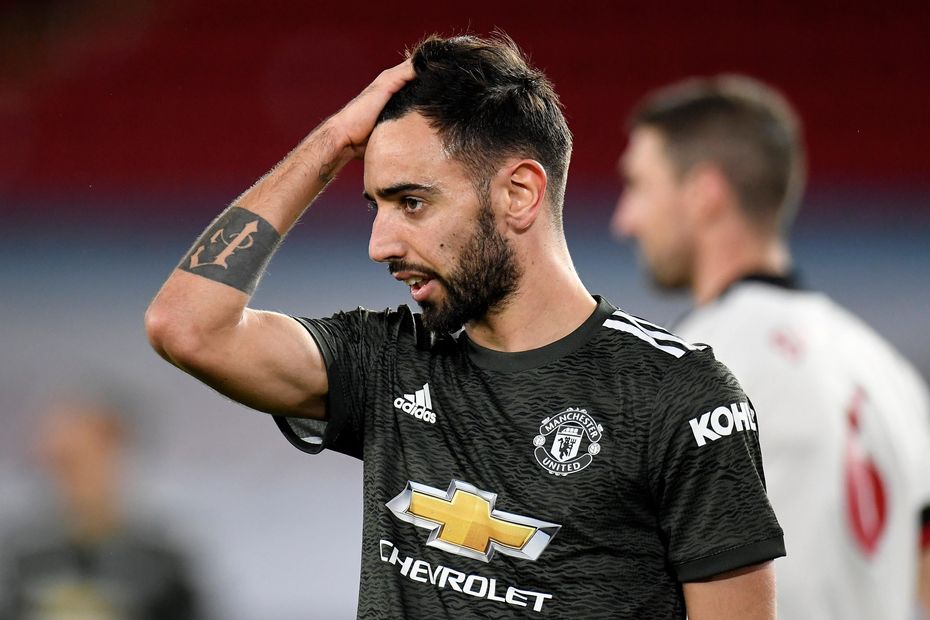 More than 1.2million Fantasy Premier League managers were left frustrated after Bruno Fernandes (£11.0m) blanked for the first time away from home since joining Manchester United in their 3-1 win at Sheffield United.

The most-popular captain for the third time this season, Fernandes was outshone by Marcus Rashford (£9.4m) and Anthony Martial (£8.7m) as they both recorded double-digit hauls.

But Mohamed Salah (£12.3m) delivered for his backers, scoring for the third successive match despite facing title rivals Tottenham Hotspur.

The Egyptian has produced either a goal or assist in nine of his last 10 appearances.

Harry Kane (£10.9m) replaced Salah in the estimation of the leading 100 FPL managers, but the Spurs striker striker blanked for only the third time this season.

Liverpool manager Jurgen Klopp confirmed ahead of the Gameweek 13 deadline that Diogo Jota (£6.9m) could miss up to two months with a knee injury, and over 1.2m Fantasy managers wasted no time in parting company with the Portuguese.

Injury also put paid to the chances of James Rodriguez (£7.7m) participating, while Hector Bellerin (£5.1m), the third most-sold player, is suspended after picking up his fifth caution of the campaign.

Although his 76 points is the most he has had at this stage of the season, Zaha collected only two points in the draw with West Ham United.

Grealish failed to produce either a goal or assist for the third time in four matches as he earned three points as Aston Villa were held by Burnley.