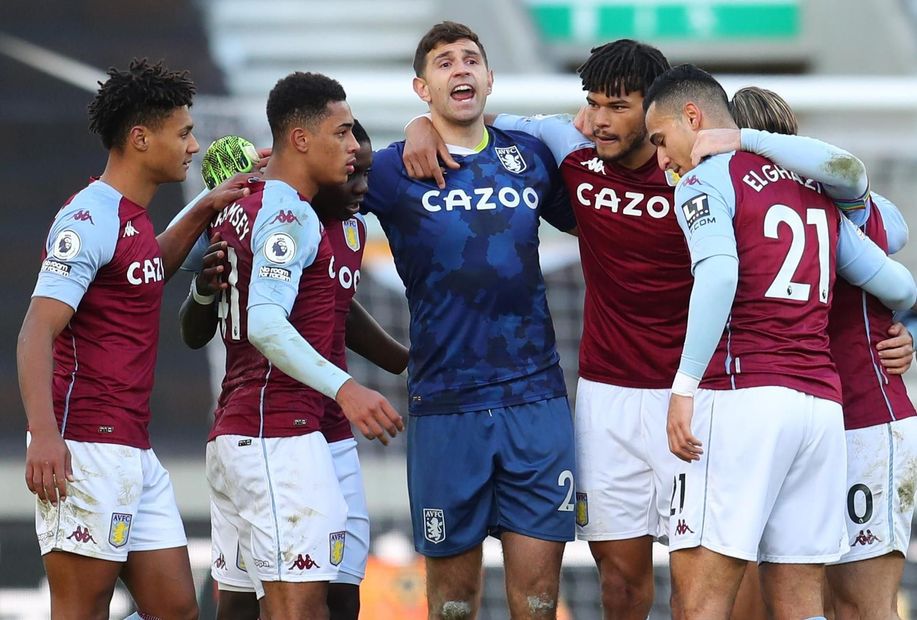 The away form of Emiliano Martinez (£4.8m) has been vital for the second highest-scoring goalkeeper in Fantasy Premier League this season.

Aston Villa’s No 1 registered his fourth clean sheet in five Premier League matches on the road in a 1-0 win at Wolverhampton Wanderers.

Martinez collected the maximum three bonus points and two save points for a Gameweek 12 score of 11 points. He is now five points behind West Ham United's Lukasz Fabianski (£5.1m) at the top of the FPL goalkeeper standings.

But Martinez's average of 5.3 points per match is the best of any goalkeeper who has started more than one match this term.

And his prospects for further returns look positive. Villa face Burnley, West Bromwich Albion and Crystal Palace in the next three Gameweeks.

Indeed, it was El Ghazi who converted from the spot in stoppage time to clinch victory this weekend.

That news will disappoint owners of Ollie Watkins (£6.1m), who had taken both of his side's previous spot-kicks in 2020/21.

Defences were on top elsewhere, with more Premier League clean sheets recorded on Saturday than there were in the whole of Gameweek 11.

Two of the four shutouts came at Old Trafford, where Manchester City once again kept the opposition at bay.

Pep Guardiola's side have kept three successive clean sheets and are set to enjoy an appealing run of fixtures all the way through to the beginning of February.

Only one of City's next 10 matches scores more than three in the Fixture Difficulty Ratings (FDR).

Dwight Gayle (£5.9m) was the only FPL forward to find the back of the net on Saturday.

Dominic Calvert-Lewin (£7.9m) reminded recent sellers of his worth, however, with the assist for Gylfi Sigurdsson's (£6.8m) match-winning penalty in Everton's 1-0 triumph over Chelsea.

Calvert-Lewin was the most-sold forward in Gameweek 12, with 229,687 transfers out.

But the Everton striker has blanked in only two of his 12 appearances this season. He sits joint-fourth in the overall FPL points table, level with Bruno Fernandes (£10.9m) of Manchester United.