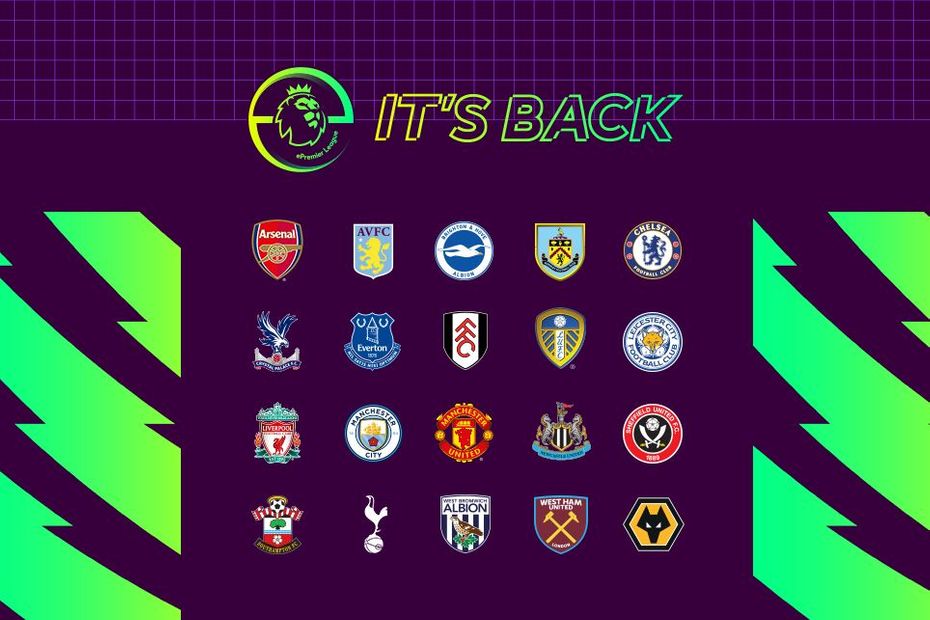 EA SPORTS FIFA 21 tournament is back, with registration opening in December

All Premier League fans dream of winning a title for their club and they can make that a reality once more with the return of ePremier League.

The Premier League and Electronic Arts are excited to announce a third season of ePremier League (ePL), offering UK-based players the opportunity to represent their favourite Premier League clubs in an online EA SPORTS™ FIFA 21 tournament.

Registration for this year's competition opens at 17:00 GMT on Thursday 3 December at e.premierleague.com.

Competitors for all 20 Premier League clubs will then battle it out over four months through online qualification and club playoffs to reach the ePL Finals in March/April 2021.

The finals have over the last two seasons reached more than 22million fans and this season's will again be broadcast live on Sky Sports, Premier League channels and the EA SPORTS FIFA Twitch channel.

"I would recommend the competition to FIFA players as ePL is a massive tournament with a lot of people watching," said the champion.

"It also gives you the unique chance to try and represent your favourite Premier League team. And if you're looking to break into professional FIFA then this is the perfect opportunity for UK gamers to showcase their talent."

The competition is open to UK residents aged 16 and over and will take place on PlayStation®4 and Xbox One.

The winner will take home the trophy and a share of the £40,000 prize pot, and there will also be seats on offer for top-ranking players at the EA SPORTS™ FIFA 21 Global Series (FGS) European Playoffs.

Last season also featured the inaugural ePremier League Invitational tournaments, where players and celebrity fans from all 20 Premier League clubs battled it out on FIFA 20.