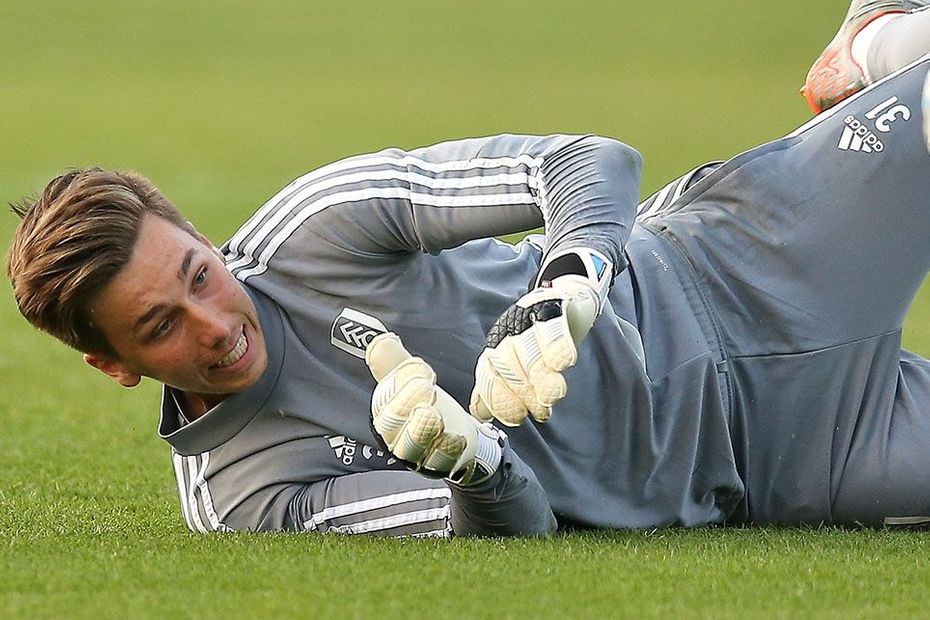 Throughout the 2020/21 season we will be getting to know some of the stars of Premier League 2.

Ashby-Hammond, pictured, says he is a modern goalkeeper comfortable with the ball at his feet, while Wickens has described himself as a vocal presence who likes to command his defence.

The two 19-year-old 'keepers spoke to the club's official website about their hopes for the 2020/21 campaign and what talents they have away from football.

Learn a bit more about the Young Lions! 🦁🦁#FFC

What are your targets for the season?

Ashby-Hammond: Win as many games as possible for Fulham, keep playing well and work on my weaknesses. I would like to go out on loan, get another taste of men's football and develop that side of the game in terms of physicality and the men's all-round game.

Wickens: Making sure I develop as much as possible and work as hard as I can and see where that takes me, whether that is training with the first team every day, being here playing with the U23s or going out on loan. Whatever it is, just making sure I improve as much as I can.

Any advice for budding footballers?

Ashby-Hammond: Football isn't a straight road, it's always up and down, it is tumultuous. You can't get too high when things go well and you can't go too low because then you have to stay very composed and level-headed.

Wickens: You don't get given anything in football, so you need to make your own luck in a way by working hard and doing everything you can.

What hidden talents do you have away from football?

Ashby-Hammond: I used to play county cricket so, if that counts, that's probably my choice.

Wickens: I was all right at badminton, I have got the height. That's my hidden talent. If I wasn't a footballer, I would be a half-decent badminton player.

What was the last TV series you watched?

Ashby-Hammond: I just finished season eight of Homeland, which is very good.

Wickens: I just watched Cobra Kai, which is a follow-on to Karate Kid. It's decent.