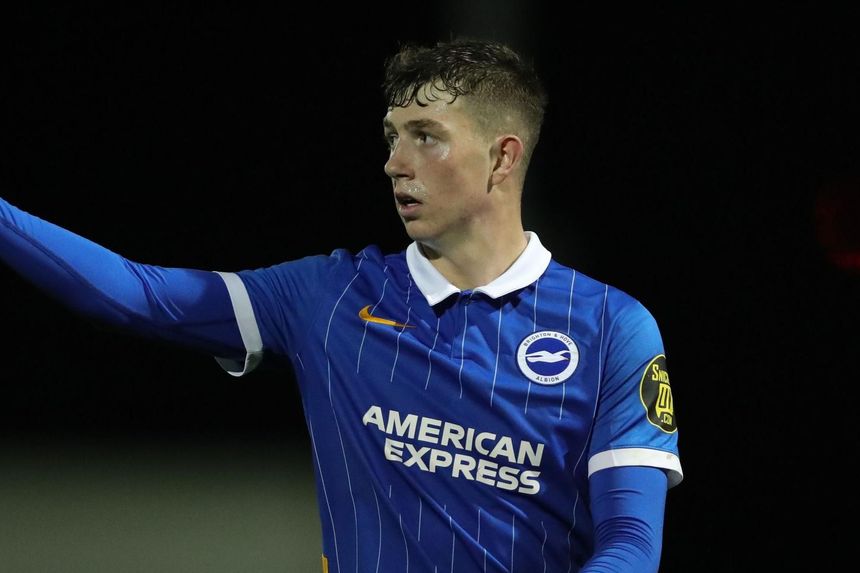 Throughout the 2020/21 season we will be getting to know some of the stars of Premier League 2.

Weir has set his sights on scoring more goals after netting his first two in the competition in Brighton & Hove Albion's Division 1 match against Manchester United last week.

🙌 @jensenweir with two in a minute in #PL2 to open his Albion account on Friday!#BHAFC 🔵⚪️ pic.twitter.com/4f9BjLa8Rp

Speaking to the club's official website, the 18-year-old midfielder talks about his hopes for 2020/21 and which senior player he draws inspiration from.

What are your targets for the season?

I want to become a regular for the Under-23s. If the chance to train with the first team comes around, then that would be great. I want to keep adding goals to my game as well and keep developing as a player.

Which first-team player do you admire most?

I like Yves Bissouma, he has loads of great qualities and I look up to him in terms of being in possession of the ball. He drives forward well and takes some good risks.

What was the last TV series you watched?

I’m into Suits at the moment, I’m a bit dry when it comes to box sets but I am watching that quite a bit.

Any advice for budding footballers?

My advice to anyone would be to keep your head down and try and play well in every game, you never know who could be watching. If you do your best every match, then you’ll be rewarded.