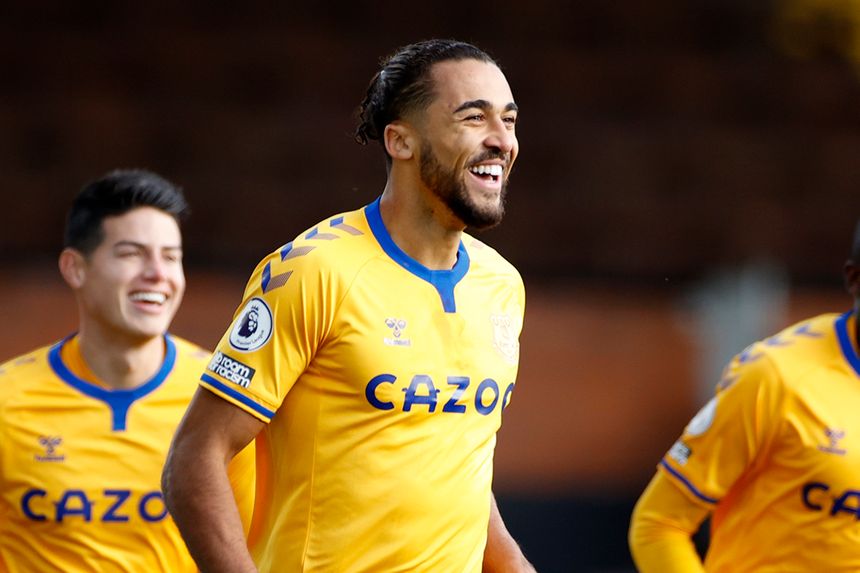 The 869,000+ Fantasy Premier League managers who backed Dominic Calvert-Lewin (£7.8m) with the armband against Fulham had plenty to celebrate as the Everton striker scored twice on Sunday.

The third most-popular captain in Gameweek 9, Calvert-Lewin gave his backers an early boost by finding the net after just 41 seconds, before striking again before half-time.

With 10 points already secured and another three likely to be added when the bonus points are confirmed, Calvert-Lewin looks set to beat the 11-point haul achieved by the most-popular Gameweek 9 captain, Bruno Fernandes (£10.7m) against West Bromwich Albion.

He has also easily eclipsed the four-point total recorded by Harry Kane (£11.0m) after the Tottenham Hotspur striker's assist against Manchester City.

Calvert-Lewin continues to provide great consistency, having blanked just once in his nine outings this season.

The leading 100 FPL managers were in agreement with the masses, captaining the same three players in an identical order.

Fernandes was also the most-bought player ahead of Gameweek 9.

Those managers who signed him would have had their hearts in their mouths as the midfielder had a penalty saved by Sam Johnstone (£4.5m).

But there was a let-off as he was allowed to retake because of goalkeeper encroachment, and he did not miss a second time.

There was disappointment, however, for the 764,000+ who transferred in Hakim Ziyech (£8.3m) as the winger blanked in Chelsea's 2-0 win at Newcastle United.

And Jack Grealish (£7.6m), the best-value midfielder in FPL coming into the Gameweek with 7.9 points per million, could only manage a single point in Aston Villa's 2-1 defeat by Brighton & Hove Albion.

Liverpool pair Mohamed Salah (£12.2m) and Trent Alexander-Arnold (£7.3m) were the most-sold players after being ruled out of the Reds' home match against Leicester City.

Son Heung-min (£9.5m), who had blanked in his two previous matches, was also discarded by many managers ahead of his tricky run of fixtures.

But the top-scoring midfielder in FPL punished those sellers with his ninth goal of the season and 10 FPL points against Man City.