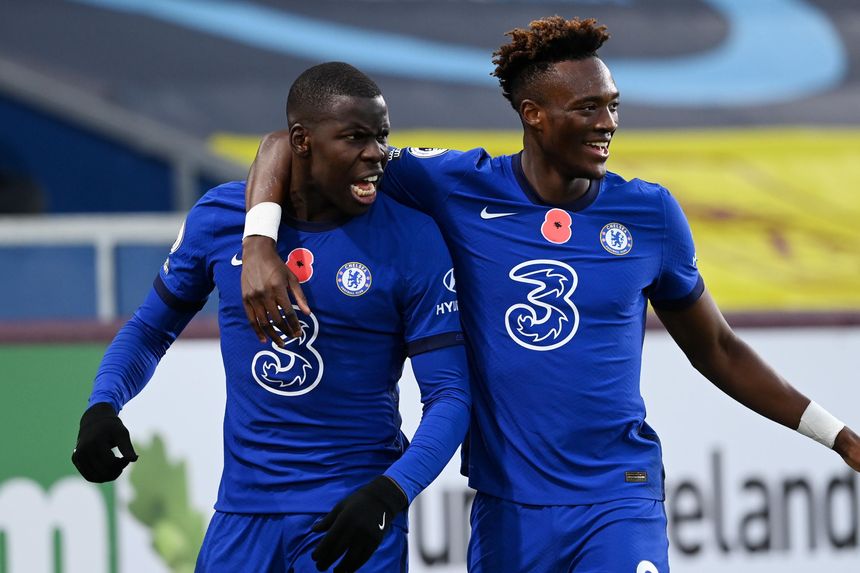 A second double-digit haul in four Gameweeks has taken Kurt Zouma (£5.2m) to the top of the Fantasy Premier League defenders standings.

The centre-back scored his third goal of the campaign in Chelsea's 3-0 win over Burnley, bringing in 14 points at Turf Moor.

Frank Lampard's side continue to impress at the back, claiming their three clean sheets for the season in the last four Gameweeks.

The signing of goalkeeper Edouard Mendy (£5.0m) has been crucial to that improvement. He has yet to concede a league goal.

A promising run of opponents raises the appeal of Chelsea's defence.

More than 104,000 FPL managers have transferred in the Moroccan following his 14-point score on Saturday.

Ziyech marked his first Premier League start with a goal and an assist for Timo Werner (£9.3m).

It was a fortunate afternoon for owners of Werner. He was originally named as a substitute before replacing Christian Pulisic (£8.3m) in the starting XI due to an injury to the American in the warm-up.

His opening goal against Liverpool took his total to 39 FPL points, more than any other midfielder under £7.0m.

An ownership of just 0.6 per cent could make Fornals a key differential over the coming Gameweeks.

Only two of West Ham’s next 13 matches score more than three in the FDR.

They earned their second clean sheet in three Gameweeks with a 1-0 win over Sheffield United on Saturday.

Kyle Walker (£6.0m) scored the only goal at Bramall Lane and was the joint-top scorer of Saturday, with 15 points.

But it is the more budget-friendly Joao Cancelo (£5.4m) who can emerge as their go-to pick at the back.

The full-back has combined two clean sheets and an assist with five bonus points over his three starts.

That all-round potential raises his chance of success over a very favourable schedule from Gameweek 10.

From that point on, Pep Guardiola’s side play at home to Burnley, Fulham, West Bromwich Albion and Newcastle United in four of the subsequent six Gameweeks.