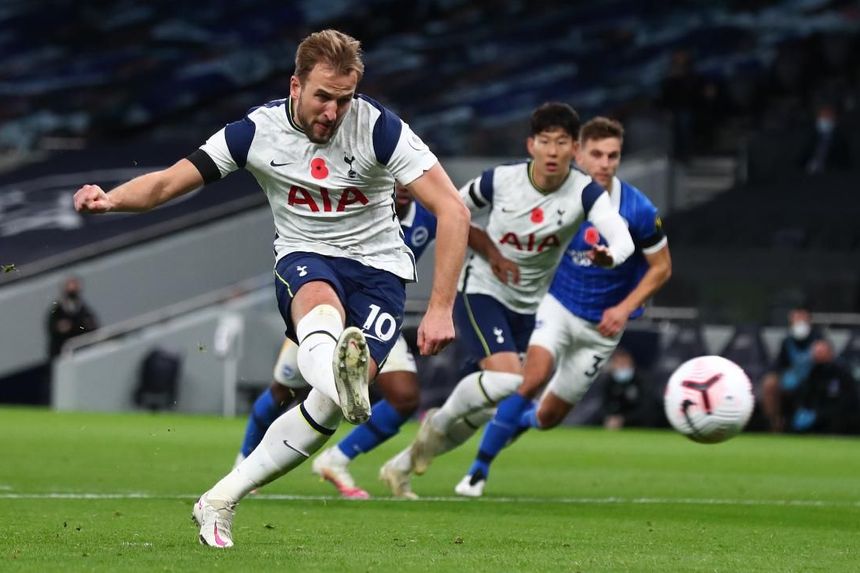 For the third successive Gameweek managers were split between Kane, Son and Mohamed Salah (£12.4m) for the armband, with all three players captained by more than a million each for a second time this season.

It was Kane's turn to be the No 1 choice this week, after Salah and Son had topped the captains' table on the previous two occasions.

The 1.26million managers who handed Salah the armband fared best as the Egyptian scored in Liverpool's 2-1 win over West Ham United and achieved two bonus points.

The 1.65m who backed Kane for Spurs' home match with Brighton & Hove Albion on Sunday got a goal for their troubles as six points took the forward joint-top of the FPL player standings with 71 points.

Team-mate Son shares that game-leading tally but the 1.4m who entrusted him with the captaincy this Gameweek were left disappointed as the Spurs man failed to add to his eight goals and two assists in what was a quiet performance by the midfielder against the Seagulls.

Happy days though for the leading 100 FPL managers, who largely agreed with the masses, selecting Salah this time narrowly ahead of Son in second.

Ben Chilwell (£5.9m) was the top transfer target for managers ahead of Gameweek 7, gaining 529,000+ new owners and the full-back rewarded his backers with six points as Chelsea kept a third clean sheet in four matches in a 3-0 victory at Burnley.

The best-value asset in FPL, Patrick Bamford (£5.9m), was the second most-bought player, with over 520,000 managers adding the Leeds United striker to their squads.

However, those managers would have been left frustrated as he could not deliver against Leicester City, returning only two points on Monday.

And there was disappointment for the 482,000 who transferred in Wilfried Zaha (£7.3m) as the Ivorian returned only one point after a blank and a booking in Crystal Palace's 2-0 defeat at Wolverhampton Wanderers on Friday night.

Full-backs Lucas Digne (£6.1m) and Timothy Castagne (£5.8m) made way for Chilwell, with a combined 794,784 managers removing the pair from their squads.

Digne is suspended for Gameweek 7 after his red card against Southampton, but will return for Everton in Gameweek 8 after his three-match ban was reduced to one.

Castagne has been ruled out with a hamstring injury until after the November international break.