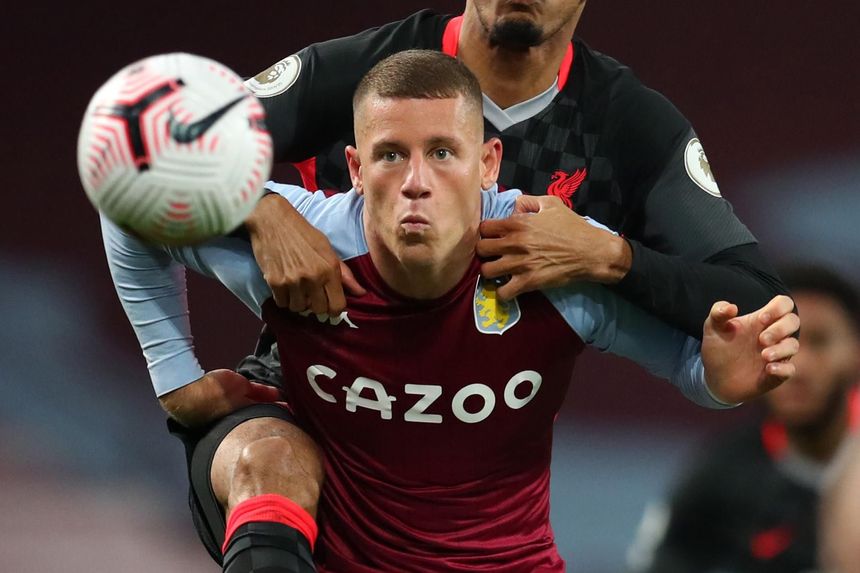 Starting the season with four wins from four is a clear sign that Aston Villa's fast-improving side is functioning superbly.

At the back, summer signing from Arsenal, Emiliano Martinez, has been tremendous and boasts the best save percentage, 85.7, of any Premier League goalkeeper.

In attack, new signing Ollie Watkins has added pace, clever movement and the ability to finish.

However, it is their new-look central midfield that has caught the eye, with on-loan Ross Barkley transforming that area with his drive and quality.

Without injured captain Kalvin Phillips on Friday night, Leeds United will have their hands full trying to contain the hosts' midfield.

Dean Smith’s tactics allow Barkley to switch between a central attacking role with plenty of freedom and a more structured position to the left of Douglas Luiz.

The Brazilian has great positional discipline, which allows Barkley and John McGinn to push higher up.

Barkley, 26, has shone going forward, scoring from outside the box against Liverpool and Leicester City.

While they struggled at times last season to penetrate the opposition's box, the arrivals of Watkins and Barkley mean this is no longer a concern.

Touches in opposition box per 90

The presence of Barkley has lessened the need for Jack Grealish to drop deep and collect the ball.

Able to push on, Villa's captain is second only to Mohamed Salah (52), who has played one match more, for the most touches inside the opposition box, with 38.

Barkley, with 4.5 per 90 minutes, and McGinn, with 3.75, are also among the best central midfielders for this metric, and the former has already registered eight shots in just two starts.

It has helped Villa make the second-most touches in the opponents' box per 90 minutes this season, behind only Liverpool.

That is an incredible transformation for a side who averaged the fewest in the entire league last term.

A test for revamped Leeds

So far Barkley has found Grealish with 15 passes and Watkins with nine, both more than any other team-mates.

In getting those two players on the ball as often as he can, it means Villa's main goal threats have been highly influential.

Without the injured Phillips at the base of their midfield, Jamie Shackleton or Stuart Dallas will be responsible for protecting the defence.

Based on his form, the way they handle Barkley could have a significant bearing on the result.

Part 1: How Sheff Utd can get best from Brewster on Anfield return
Part 3: Chelsea need to be stronger at back to keep Man Utd at bay