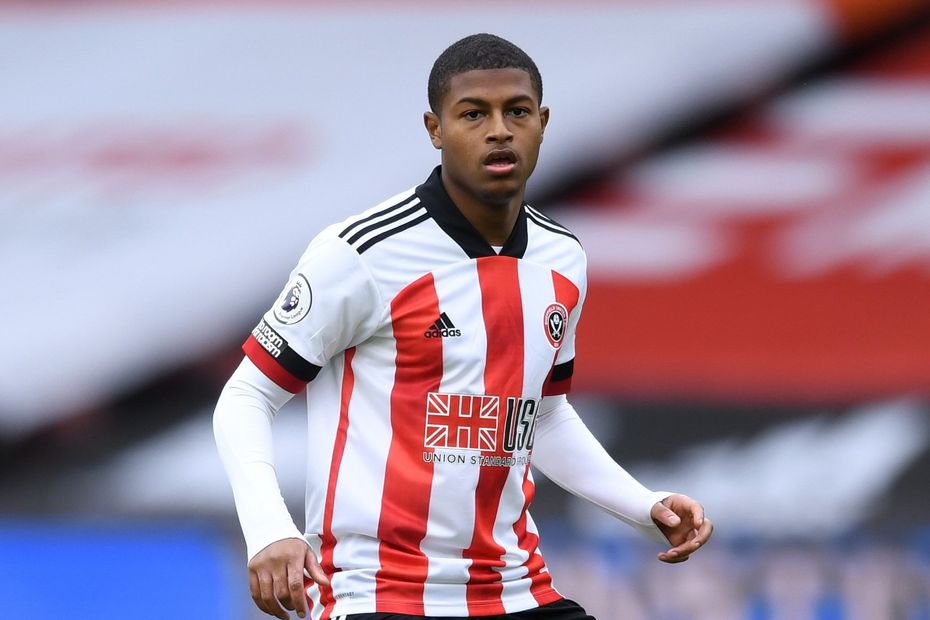 In the absence of Virgil van Dijk, Liverpool’s weakened defence will be wary of Rhian Brewster’s threat at Anfield on Saturday.

The 20-year-old had an excellent pre-season with the Reds but was sold to Sheffield United earlier this month, with the Blades paying a club-record fee.

He outlined his credentials as a clinical finisher during a superb loan spell with Swansea City last season, netting 11 goals in 22 Championship appearances.

Convinced Brewster’s instinctive shooting prowess will improve his side, Sheff Utd manager Chris Wilder will be tempted to hand him his first Premier League start in familiar surroundings at Anfield.

Brewster is capable of converting half-chances in a variety of ways.

His right foot is especially powerful, but the England Under-21 striker also netted four times with his left foot for Swansea in 2019/20.

A stunning first-time half-volley with his weaker foot at Nottingham Forest showcased his enormous confidence and ability inside the box.

Volleying is one of Brewster’s fortes.

Four of his 11 Championship goals were scored with that type of shot, while he produced a clever lob against Brentford in the playoff semi-finals.

Sheff Utd fans will also be excited to know their latest recruit can score from distance.

Wilder’s men only netted once from outside the box last season, but Brewster managed three goals from long range, including a 35-yard screamer at Reading.

Wilder on what Brewster will bring

Wilder now has a number of strikers to choose from, which suits him as he is happy to rotate his forward pairings in his 3-5-2 system.

David McGoldrick and the skilful Lys Mousset, who is currently injured, are the closest players in style to Brewster.

Veteran Billy Sharp is the most predatory frontman on their books, while Scotland international Oli McBurnie provides an option as a target man.

McBurnie and Brewster would certainly make a lively combination, with their differing builds and strengths enabling them to form a classic big man-little man pairing.

When he is available to play, Mousset would also be an interesting option to play alongside the record signing.

Both good finishers, the duo could form a dangerous and mobile partnership.

With Sheff Utd scoring just twice in their opening five matches, this seems an opportune moment to hand Brewster his full Blades debut.

However, to get the best from their new man, they must deliver better service than they have done in the early weeks.

West Bromwich Albion and Crystal Palace are the only sides who have had fewer attempts from inside the box than Sheff Utd’s 27, with 21 and 22 respectively.

Meanwhile, Wilder's men have struggled to create chances away from home. According to Opta’s Expected Goals (xG) metric, they have averaged just 0.56 xG on the road.

Brewster is capable of producing moments of magic but is at his most dangerous when finishing chances inside the box.

Despite Liverpool's injury problems it may be too big an ask for Sheff Utd to create a lot of chances at the reigning champions, but Brewster would no doubt love to make his mark in this fixture.

Part 2: Leeds must stop Barkley to end perfect Aston Villa start
Part 3: Chelsea need to be stronger at back to keep Man Utd at bay