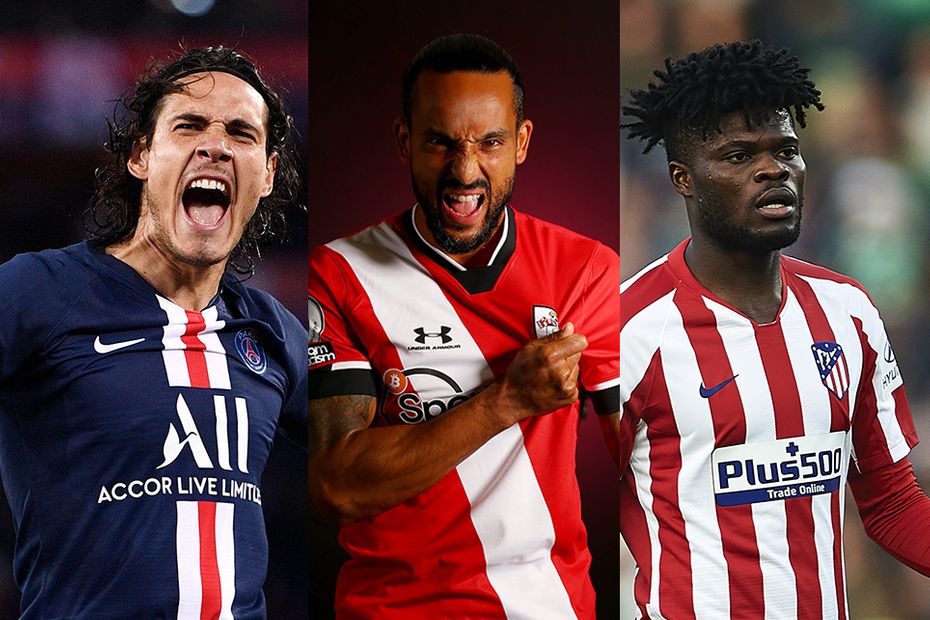 Find out the signings confirmed as the summer 2020 transfer window closed at 23:00 BST on Monday

The international transfer window for Premier League clubs closed at 23:00 BST on 5 October.

A domestic-only window, during which Premier League clubs can trade only with those in the EFL or below, will run to 17:00 BST on 16 October.

The key deals on Deadline Day:

00:36 Ruben Loftus-Cheek has made the short trip to Fulham to sign a season-long loan deal from Chelsea.

“I watched Fulham at the start of the season and they looked like they’re playing decent football. With this Manager, I think I can get back to my best football. That’s the main thing for me, to find my form and help this team win games," he told the club's official website. More details

23:45 Fulham have completed the permanent signing of centre-back Tosin Adarabioyo from Manchester City. The 23-year-old, who came through Man City's Academy, has agreed a three-year deal with the option for a further 12 months. More details

Dropping another one in the mix. 👊#TosIn pic.twitter.com/RNx9RGsEAJ

23:35 It's been a busy day for Manchester United, who have confirmed the signing of 18-year-old Uruguayan player Facundo Pellistri on a five-year contract from Atletico Penarol. More details

23:15 Arsenal have announced the signing of midfielder Thomas Partey from Atletico Madrid on a long-term contract. The 27-year-old won both the UEFA Europa League and UEFA Super Cup in his time at the Spanish club.

"We’re very impressed with his attitude and his approach to the game. He’s an intelligent footballer and we’re looking forward to him integrating into our system and contributing to the progress we’re building at the moment at the club," head coach Mikel Arteta told the club's official website. More details

Welcome to the Partey! 🥳

23:11 Sweden international Robin Olsen will challenge Everton No 1 Jordan Pickford for a starting place after the club confirmed his season-long loan deal from Roma. More details

23:04 Arsenal have allowed central midfielder Lucas Torreira to join Atletico Madrid on a season-long loan. The Uruguayan made 63 Premier League appearances for the Gunners over the last two seasons. More details

Walcott's back at Southampton

22:33 Southampton have confirmed that Theo Walcott is back at St Mary's Stadium after joining on loan from Everton. He came through Saints' Academy and joined Arsenal in January 2006 before going on to play for the Toffees.

“I will probably cry, I bet, when I first play, and it means so much. All the people that made it happen, I can’t thank them enough. Honestly, I’m so pleased," the 31-year-old told the club's official website. More details

22:30 Leeds United have made a move for Brazilian winger Raphinha from Rennes. The club have confirmed that he has joined for an undisclosed fee, subject to international clearance. More details

21:58 Man Utd have confirmed that Uruguay striker Edinson Cavani has joined the club on a one-year contract. He left Paris Saint-Germain in the summer, and arrives after scoring 341 goals at club level in Europe since 2007.

"I’ve worked really hard during the time off and I feel eager to compete and represent this incredible club," Cavani told the club's official website. More details

21:31 Orjan Nyland has parted company with Aston Villa after a mutual agreement for the termination of his contract was agreed. The goalkeeper made seven Premier League appearances for the Villans in 2019/20. More details

21:20 Manchester United have made their first move for the winter transfer window, having reached an agreement to sign 18-year-old Amad Diallo from Atalanta in January 2021. More details

Moves for Boufal, Silva and Knight

20:53 Man Utd have announced that Chris Smalling has joined Roma on a permanent basis. The centre-back, who spent 2019/20 on loan with the Italian club, won two Premier League titles in 10 years at Old Trafford. More details

Southampton's Hoedt on the move

20:45 Saints have confirmed that centre-back Wesley Hoedt has joined Lazio on a season-long loan, with an option to buy. Hoedt moved to St Mary's Stadium from the Italian club in 2017. More details

20:32 West Ham and Jack Wilshere have agreed the mutual termination of the midfielder's contract at London Stadium. The 28-year-old made 16 Premier League appearances in two full seasons with the club. More details

19:32 Algerian midfielder Rachid Ghezzal has left Leicester on loan to Turkish Super Lig side Besiktas until the end of the 2020/21 season. More details

19:26 Clubs have until 20 October to submit their updated 25-man squad list to the Premier League. This follows the closure of the domestic-only window, during which clubs can trade only with those in the EFL or below, at 17:00 BST on 16 October.

18:49 Enjoy the best Premier League goals by players from Brazil, after Man Utd confirmed the signing of left-back Alex Telles from Porto.

18:30 Young Man City goalkeeper Daniel Grimshaw has joined Belgian side Lommel SK on loan for the rest of the 2020/21 campaign.

18:22 Chelsea midfielder Tiemoue Bakayoko has left the club on a season-long loan deal to Italian Serie A side Napoli, the club have announced. More details

18:04 Brazil international Alex Telles has completed a permanent transfer to Man Utd. The left-back has racked up 26 goals and 50 assists in five seasons with Porto. "To join a club with the prestige of Manchester United is a huge honour," the 27-year-old told the club's official website.

18:01 Newcastle United have made their first signing of Deadline Day, bringing in 21-year-old midfielder Rodrigo Vilca from Deportivo Municipal in his native Peru for an undisclosed fee. He will link up with the club's Under-23 side. More details

17:40 Southampton have announced that Argentinian striker Guido Carrillo has agreed to move to Spanish side Elche on a free transfer, with an agreement reached to terminate his contract. More details

Vinagre heads to Olympiacos on loan

16:20 Twenty-year-old centre-back Christoph Klarer has made a permanent move from Southampton to German side Fortuna Dusseldorf. More details

15:00 Burnley have added France youth international Anthony Gomez Mancini to their Under-23 squad, with the 19-year-old central midfielder arriving on loan from Angers with a view to a possible permanent move. More details

15:00 Arsenal's 21-year-old defender Dan Ballard, who made his senior debut for Northern Ireland last month, has joined League One side Blackpool on loan for the season. More details

“I can play a range of positions - centre-back, in a back three on the left or right," he told the club's official website. "I have played full-back and holding midfield.

“Whatever the manager sees fit… if he sees me going furthest in a certain position, I absolutely trust his opinion.”

The deal sheet allows a club to confirm an agreement has been reached while they finish the paperwork.

See: How the deal sheet works

10:00 Ryan Sessegnon has left Tottenham Hotspur on loan, joining German club Hoffenheim for the rest of the 2020/21 season. More details

09:00 Everton have signed centre-back Ben Godfrey from Norwich City, with the 22-year-old signing a five-year deal after arriving for an undisclosed fee.

The England Under-21 defender returns to the Premier League after making 30 appearances for the relegated Canaries last season, and is relishing the opportunity to play for Carlo Ancelotti.

“I am looking forward to working with the manager and I am sure he can help me reach the next level and teach me endless amounts in the game,” Godfrey told the club's official website.

See: Godfrey: Why I couldn't turn down 'massive club' Everton

All you need to know about transfers