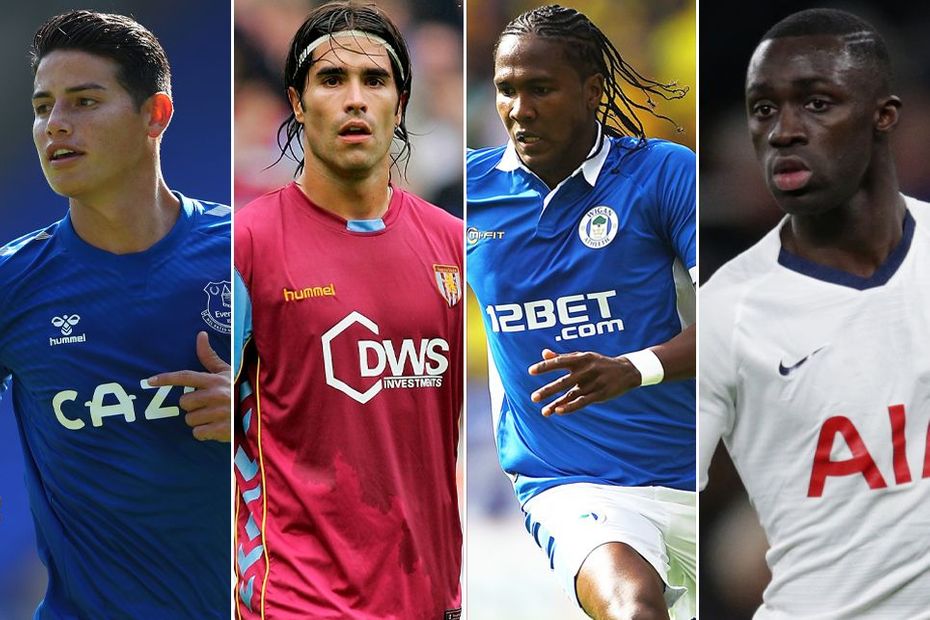 Take a look at the contributions of Colombians in the competition, with Everton's James Rodriguez the latest to make an impression

This week, after James Rodriguez helped Everton maintain their winning start, we're taking a deeper dive into the contributions of Colombians in the league.

Colombia and the PL? We've got some history.

The Premier League has been home to 19 Colombian players. That's only one fewer than the number of Americans, despite Colombia having approximately 15 per cent of the United States' population.

These Colombians have contributed 134 goals to date, the latest coming from the country's unquestionable superstar, Rodriguez.

Although Rodriguez is the latest and greatest of Los Cafeteros to play in the Premier League, he stands on the shoulders of legends of the game.

Top appearances and goals by Colombians

One of those is Juan Pablo Angel, Aston Villa's goalscorer of the 2000s. The striker moved to Villa Park 20 years ago and scored 44 goals in 175 appearances over seven years.

Angel established himself as a firm fan favourite when, in 2003/04, he hit 16 goals to help propel the Villans to a sixth-placed finish, a level they have been unable to beat since then.

Newcastle United's Faustino Asprilla is considered to be one of the greatest Colombian players of all time.

"Tino" graced the field for the Magpies in the late 1990s, during one of the club's most competitive stretches.

Although not a prolific goalscorer, Asprilla's languid style and exuberant skills immediately endeared him to Geordies.

Newcastle finished runners-up in the Premier League in two of his three seasons with the team, and he scored nine goals in 11 European matches, including a hat-trick against Barcelona.

If Asprilla and Angel's stints in the Premier League were ultimately judged as successful but inconsistent, Hugo Rodallega quietly built a respectable resume in England.

The forward spent his most productive years at Wigan Athletic from 2008 to 2012, and during that time became the club’s all-time leading Premier League goalscorer.

With more than 100 appearances and 24 goals, including a stunning curler from the edge of the box in 2010, Rodallega helped Wigan to their second-best Premier League finish, 11th place in 2008/09.

He will perhaps best be remembered for his final-day header against Stoke City that helped the club avoid relegation in 2011.

Colombian legend and European star Radamel Falcao spent a brief time with Manchester United and Chelsea, after leading the line for his country on the way to the last eight of the 2014 FIFA World Cup.

Falcao managed five goals in his Premier League loan stints, but he helped usher in a new wave of Colombian stars to the league.

Defenders Davinson Sanchez and Yerry Mina have since made their way into the league with Tottenham Hotspur and Everton respectively, impressing in their combined 130 appearances.

And after making waves in his first few appearances, Mina's team-mate Rodriguez could ensure that the Colombian influence on the Premier League is felt for years to come.