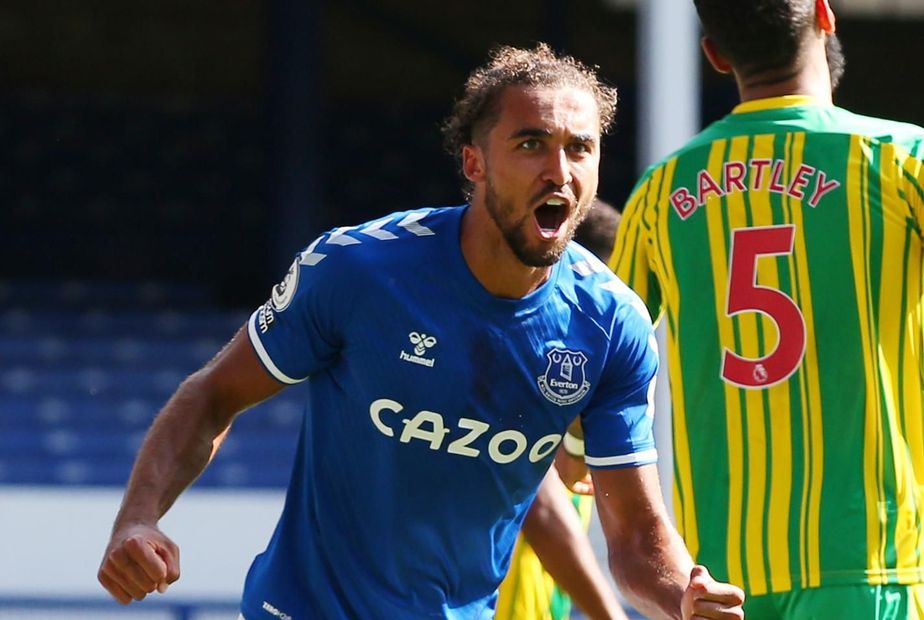 A first Premier League hat-trick from Dominic Calvert-Lewin helped Everton come from behind to earn a 5-2 win over 10-man West Bromwich Albion.

Grady Diangana gave West Brom a 10th-minute lead with their first goal of the season, firing past Jordan Pickford from distance.

Everton equalised through Calvert-Lewin's clever backheel finish on 31 minutes, an offside decision against him being overturned by the VAR.

James Rodriguez's superb maiden strike on his home debut put Everton ahead before Kieran Gibbs was sent off for serious foul play on the Colombian on the stroke of half-time.

Calvert-Lewin tapped in his second on 62 minutes and completed his treble four minutes later, making it the first time in eight seasons that Everton have started a campaign with back-to-back wins.

West Brom are still seeking a first point of the season.

King of the Match Dominic Calvert-Lewin