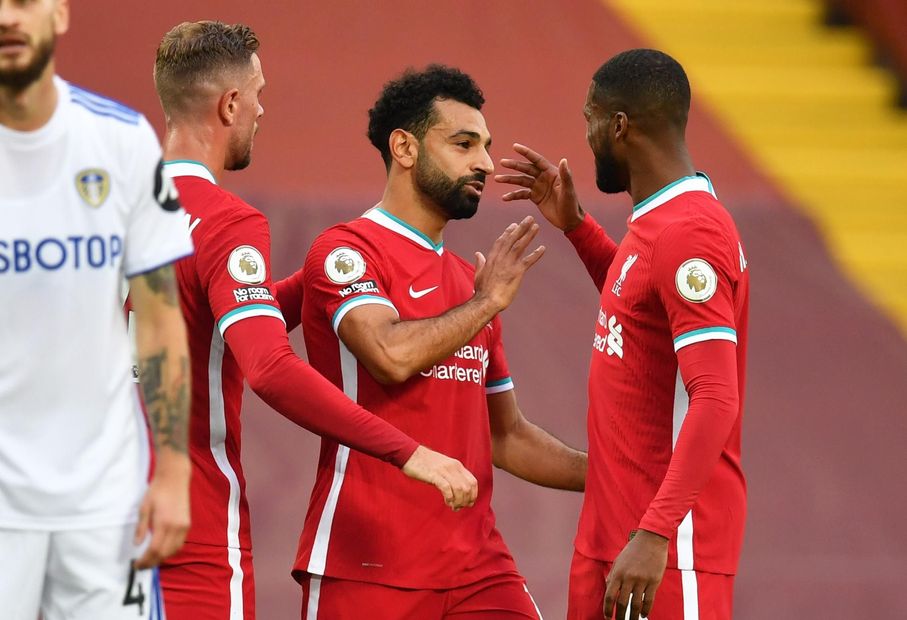 Alisson Becker on Leeds thriller, resilience and Mo Salah's hunger External Link
FPL Update: Is Salah an early must-have midfielder?
GW1 Lessons: What to do with Salah? The experts' view

His hat-trick against Leeds United provided a vital reminder of why Mohamed Salah (£12.0m) has huge potential as a captain in Fantasy Premier League.

Liverpool’s Egyptian opened the 2020/21 campaign with a 20-point haul in the 4-3 win over Marcelo Bielsa’s men, his highest since December 2018.

It was a continuation of Salah's reliable displays at Anfield last season. He scored 15 goals at home, more than any other player.

However, when it came to picking their Gameweek 1 captain, many managers chose to overlook the winger.

Despite the absence of Manchester City and Manchester United premium options, Salah trailed Pierre-Emerick Aubameyang (£12.0m) by some margin.

The Arsenal star was the runaway leader for the armband, selected by over 1.5 million for the Gunners' visit to Fulham.

While Aubameyang rewarded his backers by scoring and earning 14 armband points, Salah’s haul of 40 has been the decisive display of the Gameweek.

Two of his goals may have been converted penalties, but Salah was still a huge threat throughout against the promoted side.

His totals of nine shots and eight shots inside the box both rank top in Gameweek 1.

It shows that when Liverpool are playing at home, managers who avoid captaining Salah will do so at their own risk.