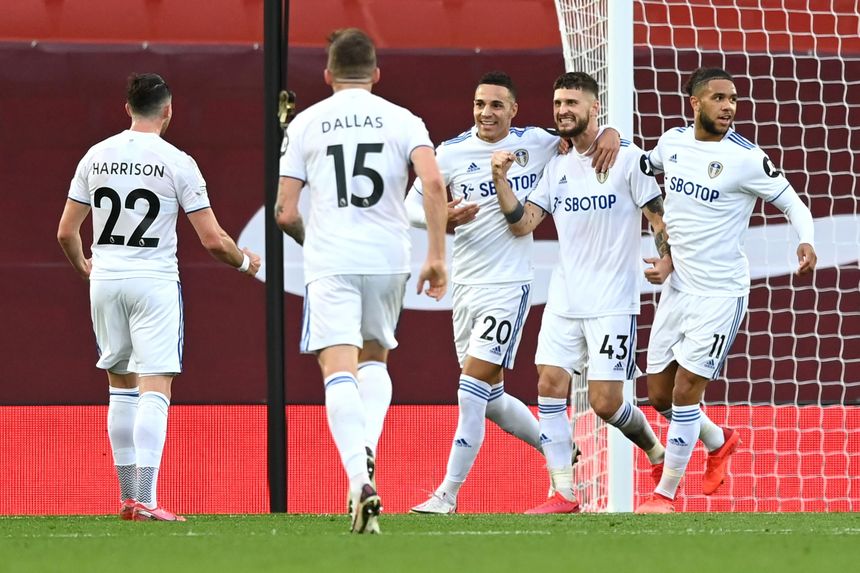 They may have lost but Leeds United's performance at Liverpool suggests their players can be a major source of value in Fantasy Premier League.

All three of their goalscorers in forward Patrick Bamford and midfield duo Jack Harrison and Mateusz Klich are priced at just £5.5m.

Bamford has quickly emerged as a popular pick for his home match with Fulham. He is the most-bought forward for Gameweek 2, with 52,000 new owners.

The Anfield encounter showed once again why Mohamed Salah (£12.0m) remains among the very best captaincy options when playing at home.

His hat-trick earned the Egyptian 20 points, his biggest FPL haul since December 2018.

At home last season, Salah was the most reliable scorer in FPL, netting on 15 occasions at Anfield.

All the goals: Liverpool 4-3 Leeds

The Dutchman has scored more Premier League goals than any other FPL defender since the start of 2018/19.

Willian among debutants to star

Winger Willian supplied a hat-trick of FPL assists to earn 14 points, continuing his strong form from the end of last term.

Willian delivered seven attacking returns in his final eight appearances for Chelsea in 2019/20.

Centre-back Gabriel picked up 15 points, with his goal and clean sheet helping him to the maximum bonus.

All the goals: Fulham 0-3 Arsenal

Wilson’s eight-point haul already looks promising for his prospects as the go-to forward at £6.5m and under.

The goalkeeper combined a clean sheet with a save point and maximum bonus for a 10-point haul.

His upcoming schedule suggests Guaita can continue to provide plenty of points.

Seven of Palace's next 10 opponents either finished outside of the top nine in 2019/20 or have come up from the Championship.

In attack, goalscorer Wilfried Zaha (£7.0m) continues to profit from a new role up front.

Zaha, who is listed as a midfielder in FPL, produced three goals and two assists while playing as a forward during pre-season.