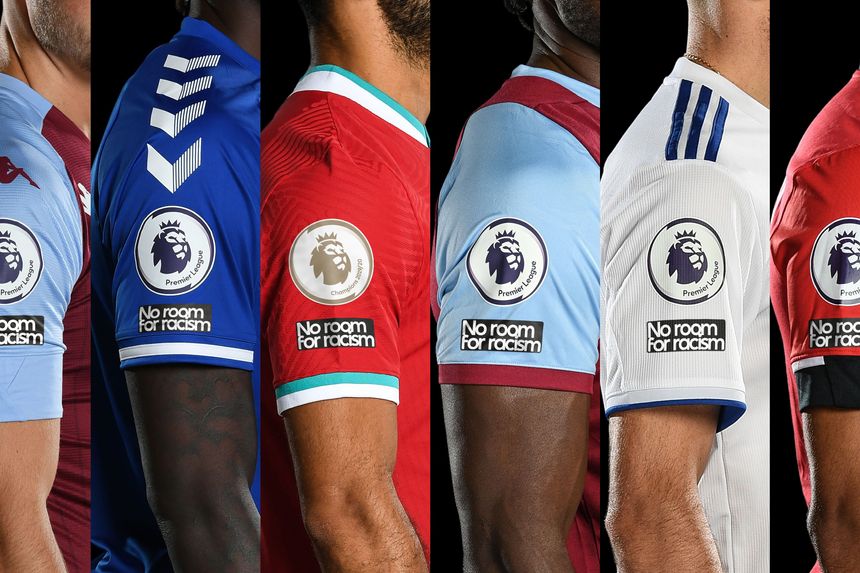 At today’s Premier League club captains’ meeting, it was agreed that players and match officials will wear a "No Room For Racism" sleeve badge on their shirts for the 2020/21 season.

This is the first time the badge will feature on players’ and officials’ kit throughout the season, and will act as a constant reminder of the commitment by the Premier League, its clubs, players and PGMOL to eradicate racism.

This initiative will build on the momentum created last season when, in consultation with the players, "Black Lives Matter" appeared on kits for all the games following the restart. The League will also continue to support players who "take a knee" at matches.

Since launching in March 2019, the No Room For Racism campaign has brought together the Premier League’s wide-ranging work promoting equality and inclusion across all areas of football.

Matches dedicated to No Room For Racism have sent strong messages to fans attending games and those watching around the world, encouraging behavioural change and urging them to take action by reporting any racist conduct.

"We will not stand still on this important issue"

"Players rightly have a strong voice on this matter, which we saw last season.

"We have continued to talk and listen to players on this issue and will support them as well as continuing to emphasise the Premier League’s position against racism.

"Discrimination in any form, anywhere, is wholly unacceptable and No Room For Racism makes our zero-tolerance stance clear.

"We will not stand still on this important issue and we will continue to work with our clubs, players and partners to address all prejudiced behaviour."