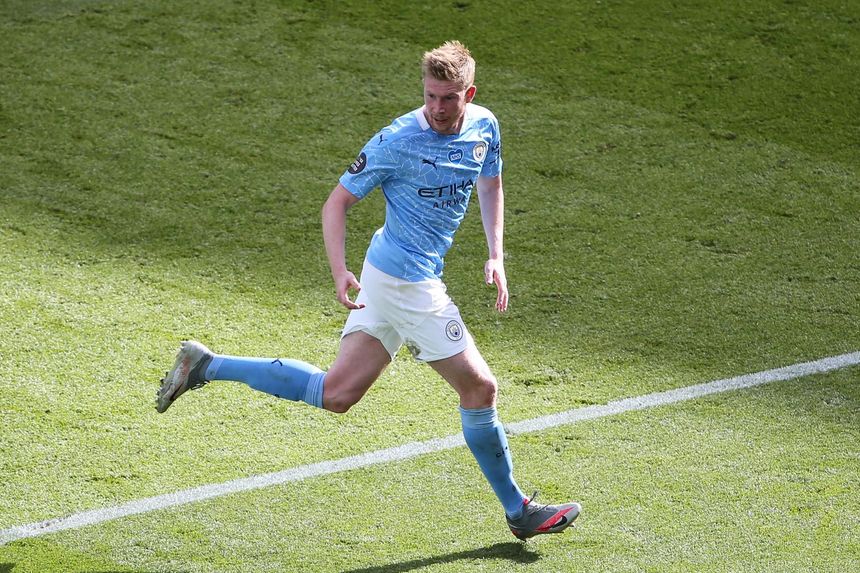 Rio Ferdinand has hailed Kevin De Bruyne as one of the best players in the world after the Belgian won the 2019/20 EA SPORTS Player of the Season award.

Ferdinand, a six-time title-winner with Manchester United who is now a Premier League Awards Panel member and BT Sport pundit, voted for De Bruyne as he helped to select the winner.

"Without a doubt he's been the standout player this season, and he’s one of best players in world football," said Ferdinand, whose vote was combined with those of the 20 club captains, as well as fans on the EA SPORTS website to help decide the winner.

"He sees passes that nobody else can and then delivers them week-in, week-out, as well as scoring some sensational goals.

"It's a privilege to watch him in the Premier League."

In winning the award the Manchester City midfielder has added to his Playmaker prize, which he claimed after equalling Thierry Henry's record of 20 assists in a single Premier League season.

De Bruyne, who scored 13 times in the campaign, also became only the second player to claim the Budweiser Goal of the Month award twice in the same season after Pedro did so for Chelsea in 2016/17.