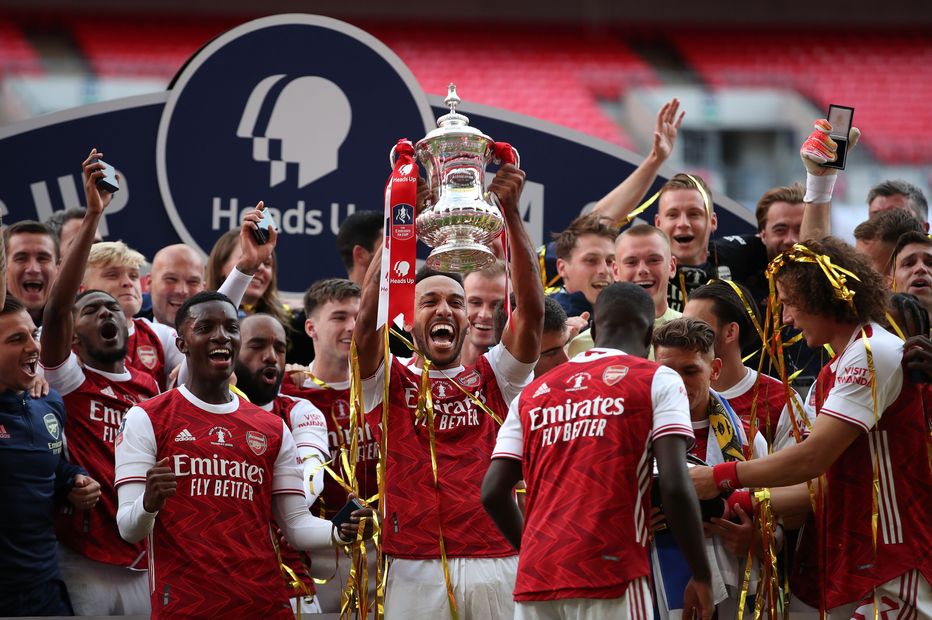 Pierre-Emerick Aubameyang struck twice as Arsenal beat Chelsea 2-1 to win the FA Cup on Saturday, which also earned them a UEFA Europa League place for 2020/21.

Christian Pulisic had put Chelsea in front in the fifth minute, but Aubameyang levelled from the penalty spot near the end of the first half before sublimely lifting in the winner with 23 minutes to go.

It means that Arsenal, who finished eighth in the Premier League, go straight into the UEFA Europa League group stage for 2020/21.

As a result, Tottenham Hotpsur, who ended 2019/20 in sixth position, enter the competition in the second qualifying round, while seventh-placed Wolverhampton Wanderers miss out.

But Wolves could yet go one better and qualify for next season's UEFA Champions League group stage if they win the 2019/20 UEFA Europa League, and in the process make it eight Premier League clubs in Europe in 2020/21. They are currently in the Round of 16.