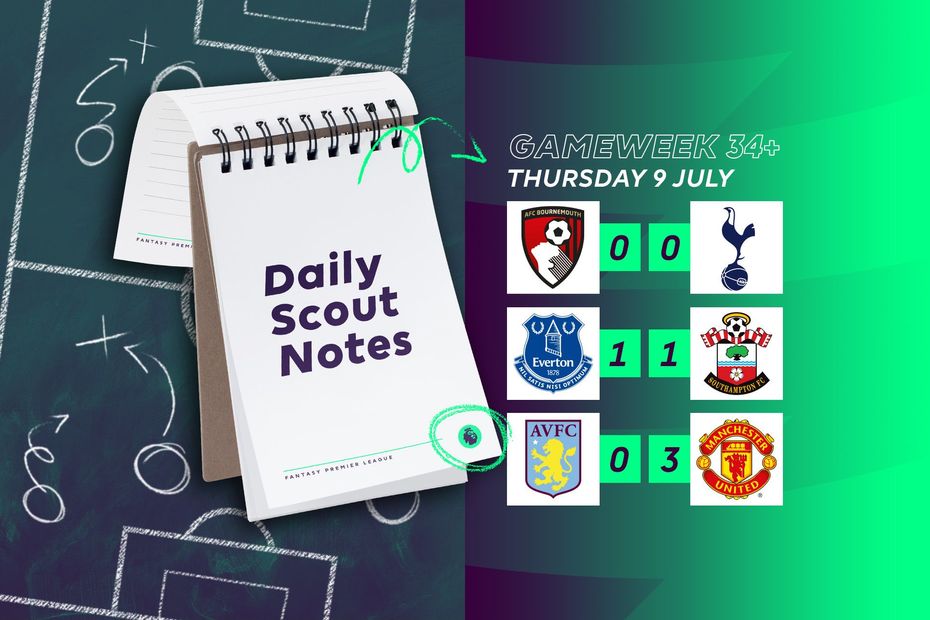 The Ivorian also collected two bonus points in the goalless draw at AFC Bournemouth, taking his total to 28 points in the last five Gameweeks.

Although a derby appointment with Arsenal on Sunday may limit his defensive prospects, Aurier can bring in more points against Newcastle United and Crystal Palace in the final three Gameweeks.

Harry Kane (£11.0m) proved a huge disappointment for the 332,000 who handed him the captaincy, recording a second successive blank.

But his excellent record in north London derbies suggests it is worth keeping faith in Kane.

The Spurs striker has scored 10 goals in as many Premier League matches against the Gunners.

Elsewhere in attack, Son Heung-min (£9.7m) was benched for the first time since the season resumed.

While this may boost his chances of starting against Arsenal, Son's role as a substitute now raises concerns over his minutes in the final four Gameweeks.

For AFC Bournemouth, the return of Callum Wilson (£7.4m) from suspension could be vital.

Yet Wilson scored against three of those opponents earlier in the season.

Danny Ings (£7.4m) climbed into third spot in the FPL forward standings after scoring Southampton's goal in a 1-1 draw at Everton.

The Saints striker has four goals since the season resumed, more than any other forward in the game.

But that form will be tested this weekend when Ings visits Manchester United. The Red Devils have four clean sheets in their last five home matches.

Managers considering a move for Ings should look to buy him in Gameweek 36+ to take advantage of a favourable run-in.

Midfielder Stuart Armstrong (£5.2m) provides a cut-price option for Saints. He has a goal and three assists in his last four starts.

Digne's assist for the Brazilian's goal was his third in the last four fixtures.

And the Toffees' schedule suggests the Frenchman can be a big success at both ends of the pitch.

Richarlison, meanwhile, has scored in two of the Toffees' last three matches. Owned by just 8.8 per cent, he could prove a handy differential in midfield.

The Portuguese scored from the penalty spot and also supplied an assist for Paul Pogba (£8.3m), claiming 14 points.

Fernandes was the third-top captain pick for Gameweek 34+, handed the armband by 668,000 managers.

After returning 44 points in his last three matches, he has a major claim to be the top captain pick in Gameweek 35+, when Southampton visit Old Trafford.

Mason Greenwood (£4.7m), the most-bought player in Gameweek 34+, rewarded his 485,000+ new owners by scoring for the third successive fixture.

The teenage striker has now started Man Utd's last four matches and appears to have secured his role as a regular.

Greenwood has emerged as the go-to forward for Man Utd in FPL, bettering Marcus Rashford (£9.0m) by 35 points to 21 since the season restarted.

Shutting the back door

At the back, a seventh clean sheet in 10 Gameweeks also increases the appeal of Man Utd's defenders.

Aaron Wan-Bissaka (£5.5m) is the standout option, with two assists in the last four Gameweeks.

His 15.6 per cent ownership should turn to Michail Antonio (£6.9m) for West Ham United’s kind run-in.

Also in this GW34+ series