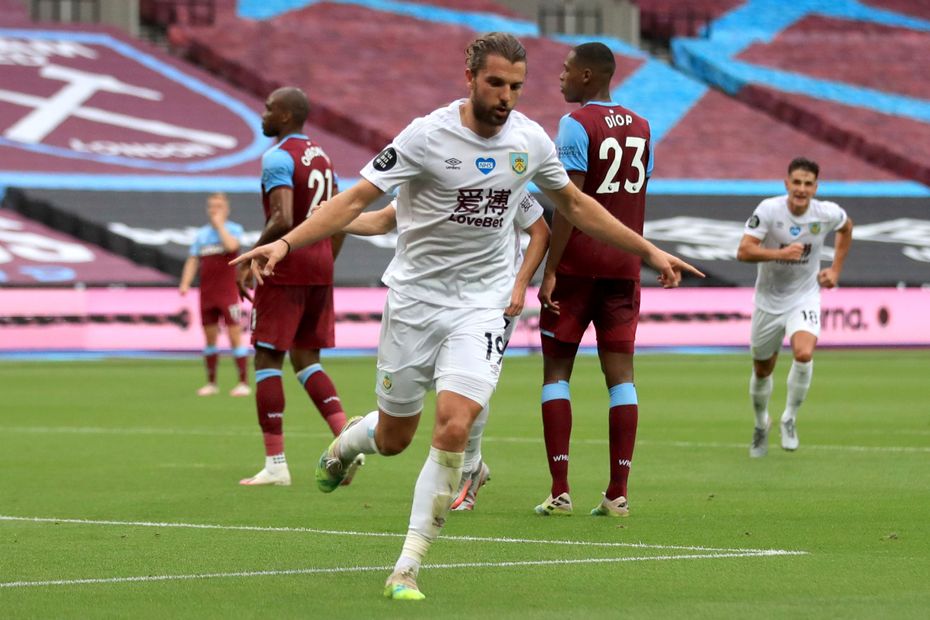 Jay Rodriguez's goal and Nick Pope's 14th clean sheet of 2019/20 earned Burnley a 1-0 win at West Ham United that moved them up to ninth in the table.

Tomas Soucek twice came close to breaking the deadlock for the Hammers, seeing a shot blocked before hitting a volley straight at Pope, who is now the outright leader in the race for the Golden Glove award.

Rodriguez made them pay seven minutes before the break, heading Charlie Taylor's cross in off the underside of the crossbar.

Pope produced a smart save with his legs from substitute Sebastien Haller just after the hour mark as the Clarets held firm to record a third clean sheet in four matches.

The result takes Burnley above Tottenham Hotspur into ninth, one point behind Arsenal in eighth.

West Ham are 16th, four points above the relegation zone.