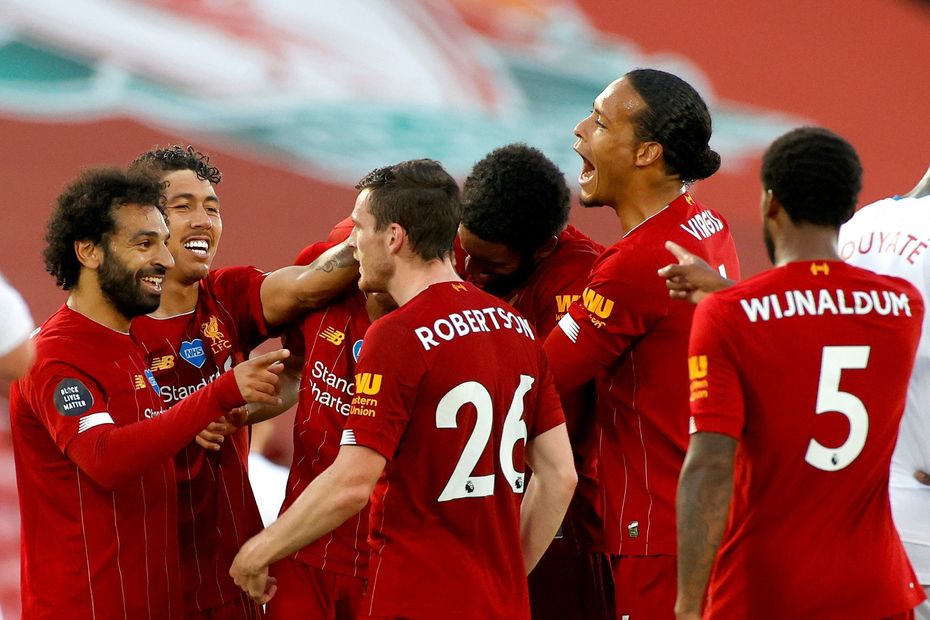 Liverpool have won their first Premier League title, after Chelsea's 2-1 win over Manchester City on Thursday guaranteed them the Trophy.

The Reds's 4-0 victory over Crystal Palace on Wednesday night extended their lead at the top to 23 points, and their nearest pursuers Manchester City couldn't get the win they needed at Stamford Bridge to keep the title race alive.

Liverpool out of reach

With seven matches still to play, Jurgen Klopp's team have beaten the record for winning a title with five matches to spare, which was jointly held by Manchester United in 2000/01, and Man City's 2017/18 side.

We are Liverpool, champions of England. pic.twitter.com/altgWn1Wda

Liverpool, who ended a 30-year wait to be England's top-flight champions for the 19th time, will become the seventh club to lift the PL Trophy, after Man Utd, Blackburn Rovers, Arsenal, Chelsea, Man City and Leicester City.

In ending Man City's hopes, Chelsea landed the defining blow in the title race for the fourth time in six seasons, and Christian Pulisic, who opened the scoring, joined an exclusive list of title-winning goalscorers in the competition's history.