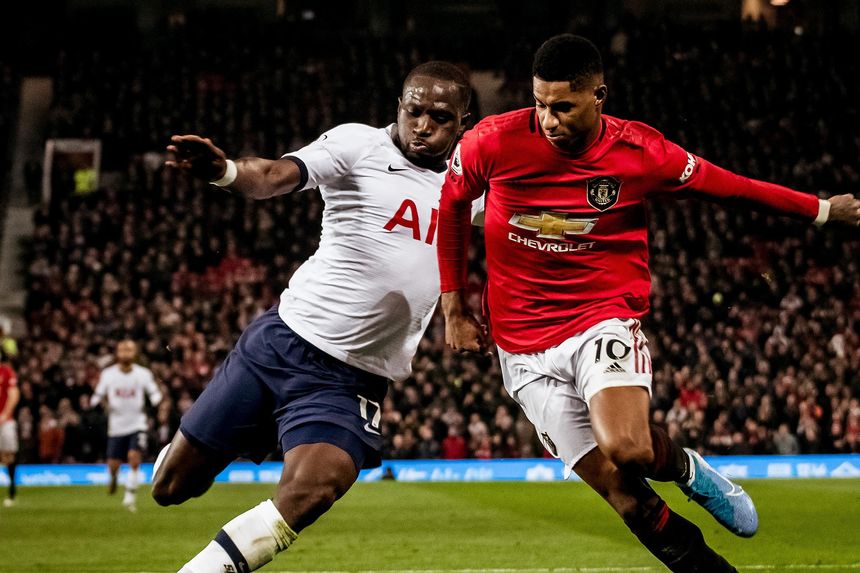 Ahead of Friday's match with Man Utd, Adrian Clarke explains why Frenchman's return can resolve Jose Mourinho's issues in midfield

Harry Kane and Son Heung-min are the headline returnees but Tottenham Hotspur will be just as happy to have Moussa Sissoko available to face Manchester United on Friday.

Prior to the season's resumption Spurs had looked vulnerable out of possession and offered too much space to the opposition.

A lack of physicality and structure in the middle was putting added pressure on their defence.

Despite being in charge since November, Jose Mourinho remains undecided on his best central-midfield pairing.

The Portuguese has used 12 different partnerships during his 17 Premier League matches as head coach.

Harry Winks and Giovani Lo Celso are the most frequently used combination. But they have only appeared together three times and neither player is particularly strong.

While Tanguy Ndombele can be a dominant presence, he has found it hard to settle, playing next to a different midfield partner in all five starts under Mourinho.

The return of Moussa Sissoko could be the solution to Mourinho's midfield struggles.

For the last two seasons, the 30-year-old has been excellent for Spurs and will instantly improve them in the middle third.

Sissoko missed 15 matches in all competitions with a knee injury he picked up on New Year’s Day, but is now fully recovered.

The statistics show that without a commanding central figure Spurs have struggled to defend attacks.

Against a Man Utd midfield that could contain Fred, Bruno Fernandes and Paul Pogba, Spurs will need someone to step up and offer the backline protection.

Sissoko has the qualities to do such a job and his comeback can have a massive influence.