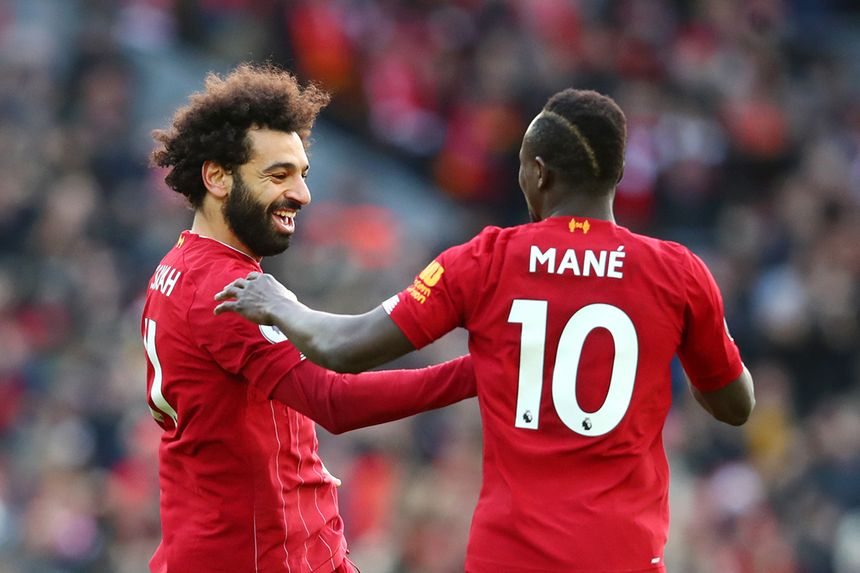 When it comes to picking a captain for Gameweek 30+, the four teams who play twice are likely to dominate the thoughts of Fantasy Premier League managers.

Arsenal, Aston Villa, Manchester City and Sheffield United all have a Double Gameweek.

But Liverpool's bid for the Premier League title means that Mohamed Salah (£12.7m) and Sadio Mane (£12.5m) should not be ignored.

The Reds visit Merseyside rivals Everton needing just two wins from their remaining nine matches to clinch the Premier League, or a single victory if Man City lose to Arsenal on Wednesday.

Salah and Mane's ability to produce explosive hauls means they are among the players who can outscore the Double Gameweek options.

They have both delivered seven double-figure returns this season.

Tottenham Hotspur's home match with Manchester United offers a number of tempting options from both sides.

The Chelsea striker has scored eight goals away from home in 2019/20, double the number of any team-mate.

That includes 13 and 19-point hauls against Man Utd and Liverpool respectively.

Vardy, meanwhile, has struck nine times on his travels this season, placing him joint-top among all players in FPL.