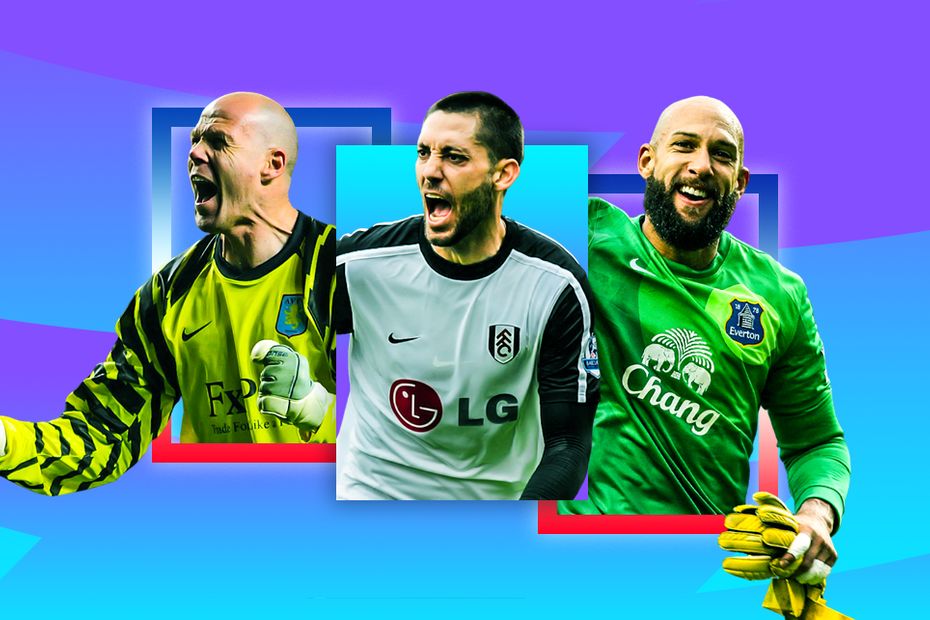 On Brad Friedel's birthday, choose your favourite star from the United States to feature in the competition

We are looking at the achievements of the Premier League’s top Americans, and we want to know who you think has been the best.

A total of 45 players from the United States have featured in the Premier League, with John Harkes the first of those when he came on for Sheffield Wednesday against Nottingham Forest in August 1992.

Over the years, American goalkeepers have made a significant contribution to the competition.

One such star is Brad Friedel. He leads the way for appearances among Americans having played 450 matches for Liverpool, Blackburn Rovers, Aston Villa and Tottenham Hotspur.

Friedel became just the second goalkeeper in Premier League history to score when he netted for Blackburn in a 3-2 defeat at Charlton Athletic in February 2004.

He still holds the record for most consecutive appearances in the competition by any player, with 310.

Another goalkeeper to score was Tim Howard. He also racked up 132 clean sheets for Manchester United and Everton over a 12-year period, which equals the tally of Friedel and is a joint-record for an American shot-stopper.

At the other end, Clint Dempsey was the first American to net a Premier League hat-trick and his 57 goals and 19 assists are leading totals for his country.

Brian McBride is also fondly remembered for his time with Fulham and was named club captain ahead of the 2007/08 campaign. They would even go on to name their hospitality bar at Craven Cottage after him.

Claudio Reyna also made his mark in English football with Sunderland and Manchester City, racking up a century of appearances in the competition.

But which American has been the greatest to ever grace the Premier League?

You can watch a video of great American goals above, and have a look at some eye-catching numbers in the table, before voting below.