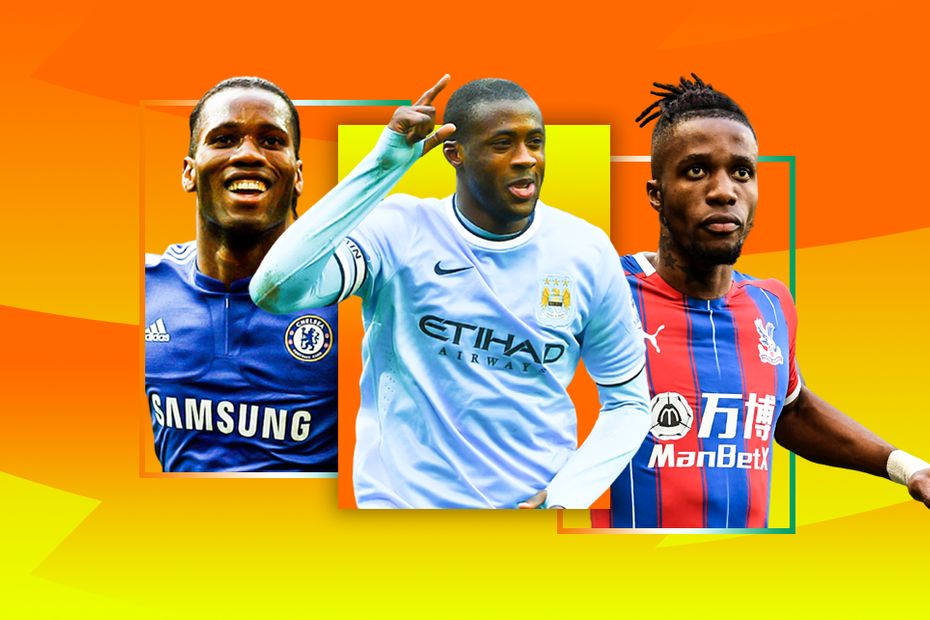 Drogba, Kalou, Yaya Toure and Zaha feature in our look at the greatest stars from the Ivory Coast to make their mark in the competition

We are looking at the achievements of the Premier League's top players from the Ivory Coast and we want to know who you think has been the best.

A total of 32 players from the West African country have graced the competition, the first being Ibrahima Bakayoko when he played for Everton in a Merseyside derby draw with Liverpool in October 1998.

Bakayoko then became the first Ivorian to score in the Premier League when he struck a winner against Southampton two months later.

He blazed a trail for the five Ivorians currently plying their trade in England's top flight. They are Serge Aurier, Eric Bailly, Jean-Philippe Gbamin, Nicolas Pepe and Wilfried Zaha.

Crystal Palace winger Zaha, who left the Ivory Coast for south London as a child, has had more of an impact on the Premier League than any of his compatriots still playing in the competition.

In 206 appearances he has scored 35 goals and set up a further 24, with many of his strikes being quite spectacular.

Zaha has some way to go, though, to catch the Premier League's top-scoring Ivorian player, Didier Drogba.

Drogba, who won the Golden Boot twice, is the only African to reach 100 goals, and he also leads the way for assists and titles.

He lifted the Premier League Trophy four times and is one of only four Ivorians to win the competition.

Brothers Yaya and Kolo Toure did so three and two times respectively, while Salomon Kalou was a team-mate of Drogba's in Chelsea's successful 2009/10 campaign.

Kolo Toure won the Premier League with two clubs, playing all but one match of Arsenal's "Invincible" campaign before leaving for Manchester City and winning the 2011/12 title along with his younger brother.

Yaya, who celebrates his 37th birthday today, was voted African Player of the Year four times during his time at Etihad Stadium. No player has won the award on more occasions.

Many more have made their mark on the Premier League through the years such as Cheick Tiote, who produced one of the most iconic moments in history when he completed Newcastle United's 4-4 comeback against Arsenal.

But who truly is the greatest of all time?

You can watch a video of great goals by Ivorian players above, and have a look at some eye-catching numbers in the table, before voting on who you think is the Premier League's best ever player from Ivory Coast.