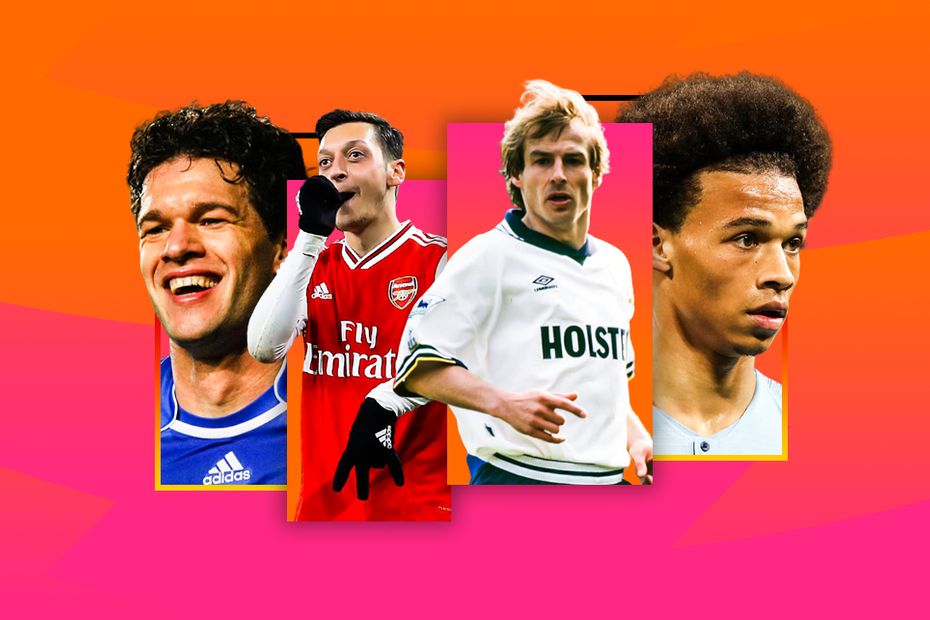 Ozil? Klinsmann? Sane? Choose your favourite to have featured in the competition

We are looking at the achievements of the Premier League’s greatest Germans, and we want to know who you think has been the best.

A total of 69 have played in the Premier League since Matthias Breitkreutz came off the bench for Aston Villa against Manchester City in December 1992.

Uwe Rosler was the first German to score in the competition when he netted for Man City in March 1994.

Just a few months later, Jurgen Klinsmann joined Tottenham Hotspur and showcased his iconic diving celebration as he scored the winning goal on his debut in a thrilling 4-3 win at Sheffield Wednesday.

In terms of assists, one stands head and shoulders above the rest, with Mesut Ozil supplying 54 in total.

Ozil also holds the record for the most goals scored by a German in the competition, with four more than Klinsmann and Rosler.

Two midfielders who made their mark in the Premier League prior to Ozil's arrival in September 2013 were Dietmar Hamann and Michael Ballack.

Hamann lies second behind Robert Huth in the all-time list of appearances made by German players, having played 268 matches for Newcastle United, Liverpool and Man City.

Ballack was a one-club man in the competition and helped Chelsea win the title in 2009/10 with his physicality, poise and experience.

More recently, two Germans have made a significant impact under Pep Guardiola at Man City.

The versatile Ilkay Gundogan has also been a key member of the squad since arriving in June 2016.

In goal, Jens Lehmann was ever-present during Arsenal's "Invincible" season in 2003/04, when he kept 15 clean sheets.

You can watch a video of great German goals above, and have a look at some eye-catching numbers in the table, before voting on who you think is the Premier League's best ever player from the country.