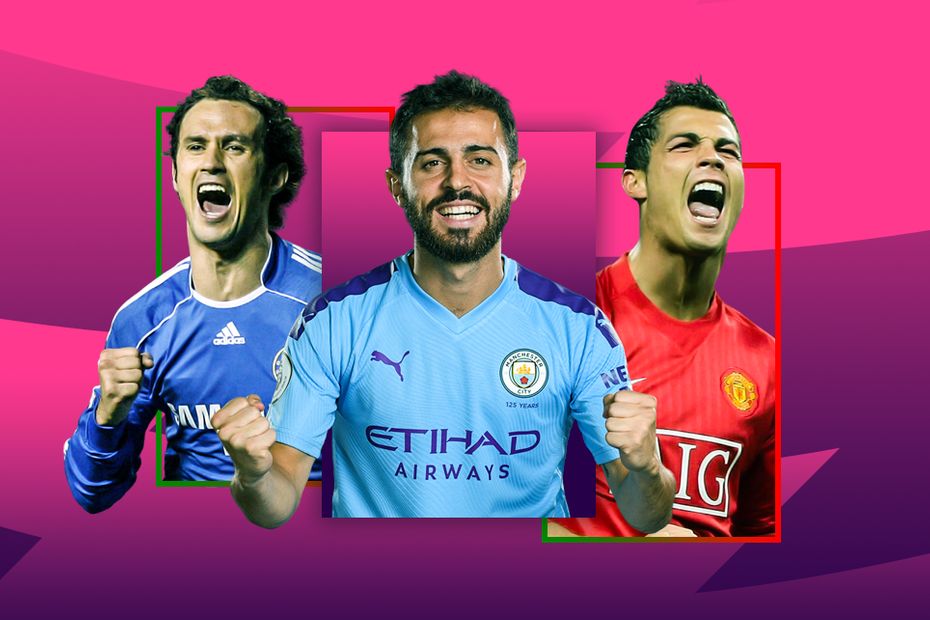 On Ricardo Carvalho's birthday, choose your favourite player from Portugal to feature in the competition

Best PL goals by Portuguese players
On this day: Ronaldo moves to Man Utd
Who is the Premier League's best ever Nigerian player?

We are looking at the achievements of the Premier League's top Portuguese players and we want to know who you think has been the best.

A total of 73 have featured in the Premier League, with Dani the first when he made his debut for West Ham United in February 1996.

He was named the Premier League Player of the Season for two of those campaigns, making him one of only three players to earn the accolade twice, and he also won the Golden Boot in 2007/08 with 31 goals.

His team-mate for club and country, Nani, lifted the Premier League Trophy four times at Old Trafford and contributed 26 goals and 43 assists.

Bernardo Silva has also enjoyed great success, with Manchester City, after winning the title in both of his full seasons at the Etihad Stadium.

He has scored 18 goals and set up another 16 in 95 Premier League appearances, helping Pep Guardiola's side to break a host of Premier League records including the most points, wins and goals in a campaign.

Ricardo Carvalho is fondly remembered for his influence at Chelsea after helping the club to back-to-back titles in 2004/05 and 2005/06, followed by another in 2009/10.

The classy centre-back was part of the defence that conceded only 15 goals in 2004/05, which remains a Premier League record.

Deco joined his compatriot at Stamford Bridge in the summer of 2008 and made an instant impact, winning the August Player of the Month award in his first month at the club, before playing his part in the 2009/10 title triumph.

You can watch a video of great goals by Portuguese players above, and have a look at some eye-catching numbers in the table, before voting on who you think is the Premier League's best ever Portuguese player.

Tomorrow: Vote for the best player from Germany