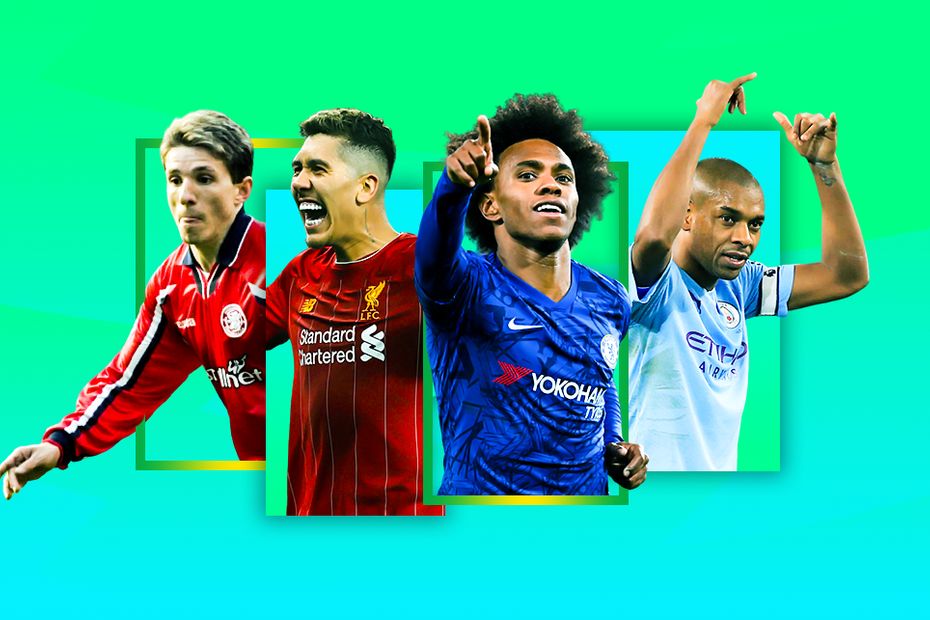 On Philippe Coutinho's birthday, choose your favourite star from Brazil who has graced the competition

Given their country has won the FIFA World Cup a record five times, it is no surprise that some brilliant Brazilians have graced the Premier League, and we want to know who you think has been the best.

A total of 79 have played in the competition, with Isaias being the first when he made his debut for Coventry City in August 1995.

Juninho followed close behind and made a big impression with Middlesbrough, combining 29 goals with 18 assists during his two spells on Teesside and winning the Premier League Player of the Season award in 1996/97.

There has since been a succession of other exciting attacking midfielders and forwards from Brazil.

Willian has been a key player for Chelsea, contributing 33 goals and 31 assists since 2013/14 and helping the Blues win two titles in that time.

The Premier League's Brazilians have not only offered attacking qualities, though.

Holding midfielder Gilberto Silva was a diligent protector of the Arsenal defence, a linchpin of the "Invincibles" team who won the title while remaining unbeaten in 2003/04.

Fernandinho has since performed a similar role for Manchester City earning three title-winners' medals across the last six seasons.

As the last line of defence, Ederson and Alisson have combined lightning reflexes in goal with great passing ability, improving their teams' build-up play in recent seasons.

Ederson has lifted the title with Man City in both of his full campaigns in England, while Alisson won the Golden Glove in his debut Premier League season.

You can watch a video of great Brazilian goals above, before voting on who you think is the Premier League's best ever player from the country.