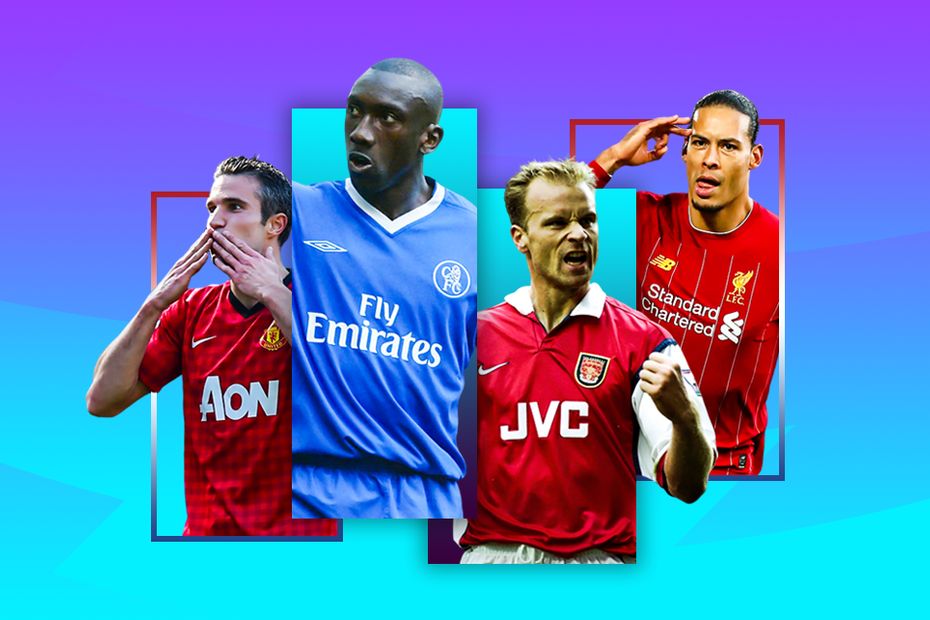 On Dennis Bergkamp's birthday, choose your favourite player who has come from the Netherlands

We are looking at the achievements of the Premier League’s top Dutchmen, including birthday boy Dennis Bergkamp, and we want to know who you think has been the best.

A total of 133 Dutchmen have played in the Premier League since Hans Segers and Michel Vonk lined up for Wimbledon and Manchester City respectively on the opening weekend of the inaugural Premier League season.

Some have brought flair and creativity, while others have given their teams defensive steel.

Three Dutch strikers have won the Golden Boot, with Jimmy Floyd Hasselbaink and Robin van Persie both doing so twice, while Ruud van Nistelrooy was the top scorer in 2002/03 and also won the Player of the Season award.

Bergkamp jointly holds the Premier League record for the most assists in a match, having set up four goals for Arsenal against Leicester City in February 1999.

And at the other end of the pitch, Edwin van der Sar has the longest ever sequence of clean sheets, with 14 in a row for Manchester United in 2008/09.

He has kept 132 clean sheets, 86 more than any other Dutch goalkeeper.

Van der Sar followed in the footsteps of his countryman Jaap Stam, who starred in Man Utd's rearguard between 1998 and 2001, winning the title in all three of his seasons at Old Trafford.

Another commanding Dutch centre-back has since been a key figure in the last two seasons, with Virgil van Dijk playing a pivotal role in Liverpool's title challenges and winning the Player of the Season award for 2018/19.

You can watch a video of great Dutch goals above, and have a look at some eye-catching numbers in the table, before voting on who you think is the Premier League's best ever player from the Netherlands.