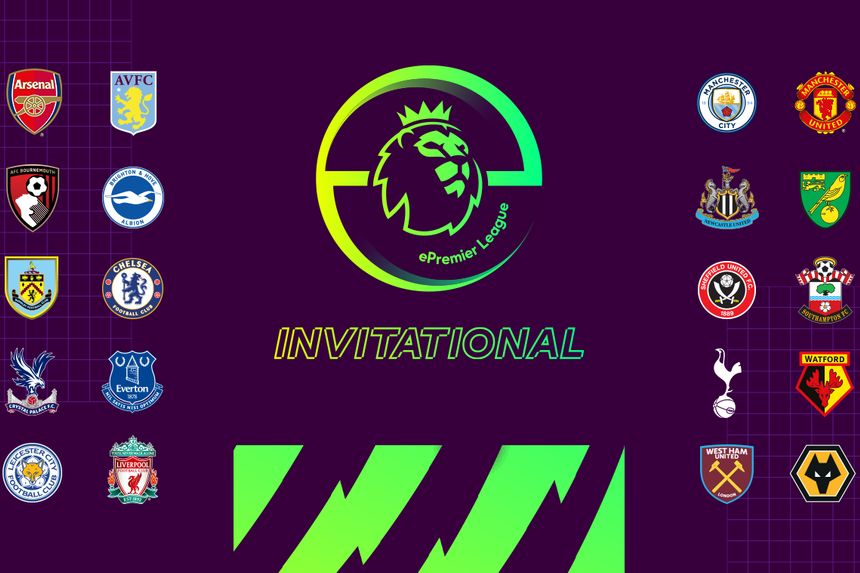 Premier League footballers will be putting their EA SPORTS FIFA 20 skills to the test in the inaugural ePremier League Invitational tournament.

A host of familiar faces will go head to head next week as they represent their club in a knockout tournament from their own homes to find out who will be crowned the ePremier League Invitational champion in the final, broadcast live on Sky Sports on Saturday 25 April.

"The thoughts of everyone at the Premier League are with all those directly affected by COVID-19," said Premier League Chief Executive Richard Masters.

"In response to the pandemic, the League, our clubs and players are providing valuable support for communities and the NHS.

"Fans around the world can tune in and enjoy the action."

"We are also aware of the importance of finding new ways to entertain fans at this time and we are excited to bring together a strong line-up of players for the ePremier League Invitational tournament.

"With Sky Sports screening the competition live in the UK and many of our international broadcast partners also showing the matches, fans around the world can tune in and enjoy the action.

"We know how popular FIFA 20 is with players and I am looking forward to seeing who will be crowned the ePL Invitational champion."

The full line-up will be confirmed ahead of the tournament draw, which will take place on Monday 20 April’s edition of "The Football Show" on Sky Sports News and Sky Sports Main Event in the UK from 09:00 BST.

The opening rounds will feature four matches a day between 12:00 and 16:00 BST from Tuesday 21 April through to Friday 24 April.

The semi-finals and final will be televised live on Sky Sports Main Event and Sky Sports Premier League in the UK at 15:00 BST on Saturday April 25.

The Sky Sports YouTube and Twitch channels as well as the Football Daily YouTube channel will also cover the tournament.

Sky’s coverage will be hosted by Adam Smith and Joe Thomlinson, from "Saturday Social", and they will be joined by influencer Harry Pinero.