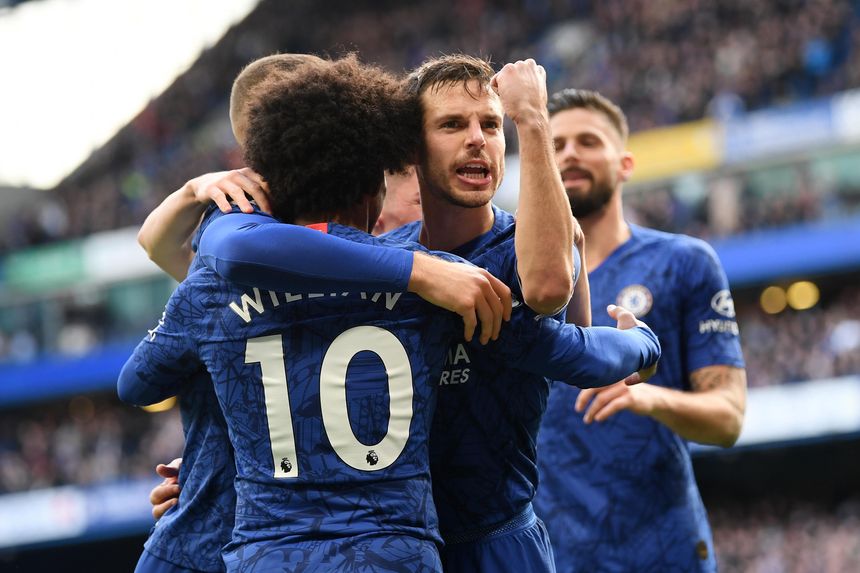 Defensive intelligence, quality crossing and an assured presence at the back. These are all things that Azpilicueta offers to Chelsea.

But above all he provides the Blues with tactical flexibility.

The 30-year-old is predominantly a right-back, but his adaptability allows head coach Frank Lampard to regularly shuffle his pack.

The Spaniard has started 27 Premier League matches in 2019/20, two more than any other Chelsea player.

The emergence of Reece James as an attacking right-back has given Lampard a different option in recent months.

This has meant the Chelsea captain, now in his eighth season at Stamford Bridge, has been asked to switch defensive positions more often.

For example, during the last six matches Azpilicueta has played at right-back, left-back and as the right-sided central defender in a back three.

Azpilicueta: How I attack from the back

The experience of Azpilicueta can help to balance out this perceived area of fragility.

When Lampard wishes to play the more attack-minded James on the right, he will put Azpilicueta on the opposite side.

Likewise, if he prefers to start either Marcos Alonso or Emerson at left-back, his captain simply reverts to the other flank.

The inclusion of Alonso and James in the same XI means Lampard will change formation to a 3-4-2-1 with Azpilicueta moving inside to be deployed as a central defender.

Azpilicueta may be fast approaching veteran status but he continues to deliver at the highest level.

This season, he has won more duels, more tackles and made more blocks than any team-mate.

His level-headed defending, coupled with his versatility, is more important to Chelsea now than at any other stage in his spell at the club.