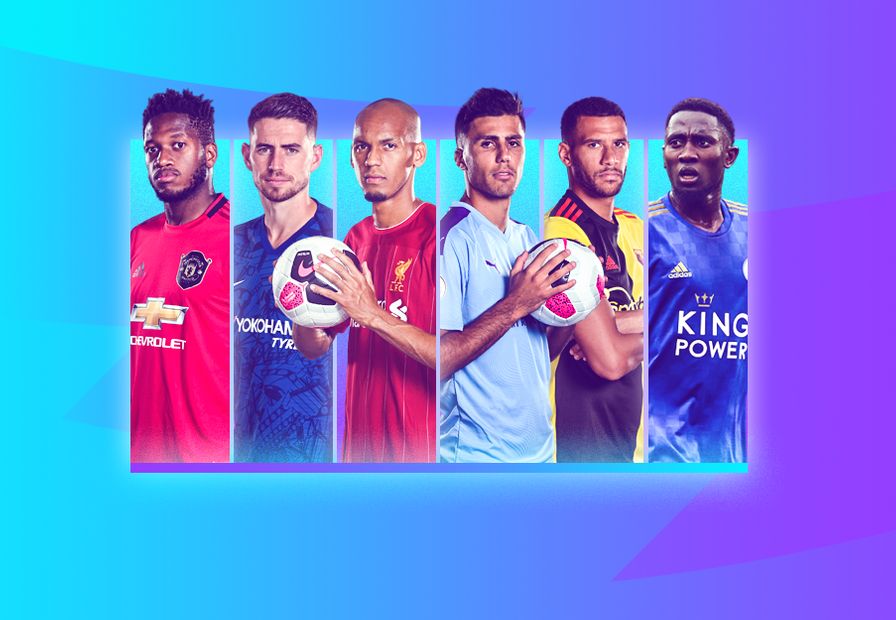 Let us know who of Fred, Jorginho, Fabinho, Rodri, Capoue and the Leicester star is the No 1 in the position this season

In his latest Talking Tactics article, Adrian Clarke says Wilfred Ndidi is one of the best defensive midfielders in the Premier League at present.

Is Ndidi the best or are there others who are better than the Leicester City player?

We have picked five candidates who rival Ndidi. Let us know who you think has shone this season by voting in the poll below.

The Frenchman has shown he has the ability to boss the midfield in any given match for Watford. He ranks fourth among midfielders for tackles, making 2.8 per 90 minutes, and joint third for most blocks (0.3) this season in a team struggling at the wrong end of the table.

Rarely drawn out of position, the 26-year-old Brazilian is joint fifth for most tackles, winning 2.6 per match. His clever distribution for Liverpool means he is third among midfielders for most passes, averaging 68.7 per 90 minutes and fourth for successful passes (58.7).

The Brazilian's resurgence in 2019/20 has been a major plus for Manchester United. His average of 0.3 blocks per match is joint third among midfielders while he ranks second for recovering possession, 9.8 times every 90 minutes.

Operating as Chelsea's deep-lying playmaker, it is no surprise to see the Italian second on the list for most passes per match, averaging 83.1, and successful passes (73.1). He contributes defensively too, ranking third for possession won, 9.5 times on average each match, while is third for the most interceptions per 90 this season.

Crucial to Brendan Rodgers' successful 4-1-4-1 formation, Ndidi's influence has been compared to that of former Foxes title-winner N'Golo Kante. The 23-year-old tops the list of midfielders for most tackles, averaging 4.4 each match, and interceptions, with 2.9.