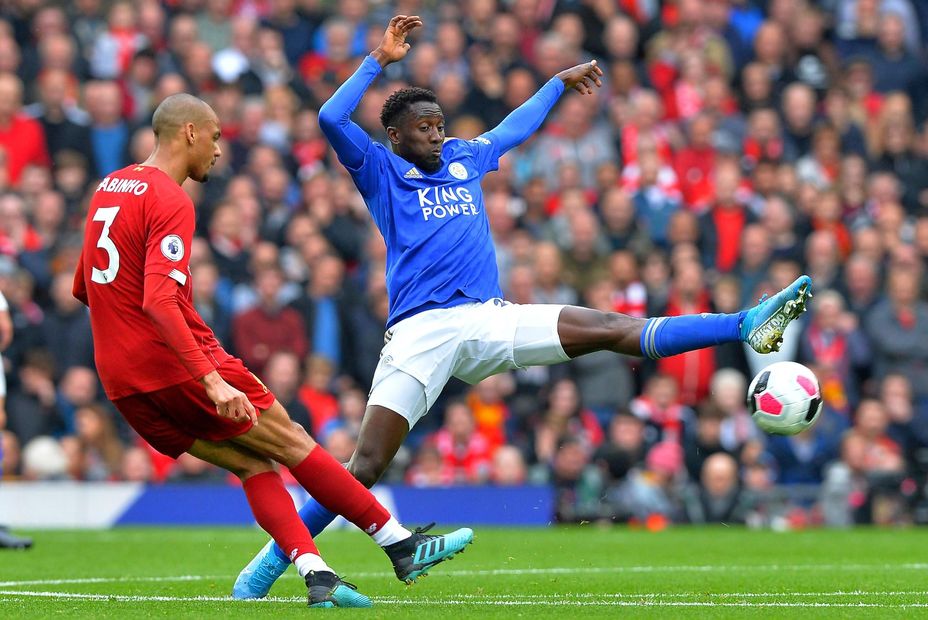 The Nigerian is the midfield anchor holding Leicester City in place.

While Jamie Vardy is Leicester's and the Premier League's top scorer, it is Ndidi who should be regarded as their most important player.

Signed from Genk in January 2017, Ndidi is asked to do a lot of selfless work in his position as the defensive midfielder in Brendan Rodgers’ 4-1-4-1 formation.

He efficiently breaks up play and recovers possession, which allows Leicester's manager to be ambitious with his team selections.

Without Ndidi's qualities as that sole midfield pivot Rodgers may not have the confidence to also pick two attacking full-backs and twin attacking midfielders.

One of Ndidi’s greatest strengths is his uncomplicated style.

The 23-year-old largely stays in the middle third of the pitch and is rarely caught out of position.

His choice of distribution is also incredibly disciplined.

Moving the ball with metronomic proficiency, Ndidi evenly shares out his passes to the six team-mates closest to him on the pitch.

Who Ndidi passes to the most

His first choice is often to feed either full-back, Ricardo Pereira or Ben Chilwell, but he will go forwards or backwards with just as much consistency.

Resisting the temptation to be over-ambitious, Ndidi is a natural facilitator.

He provides team-mates who have more pace and creativity with the platform to hurt the opposition.

Tenacious in the tackle

Leicester may have become much more confident in possession under Rodgers, but they are still at their most dangerous from turnovers and counter-attacks.

For those transitions to happen, and to best utilise the pace of Vardy and Harvey Barnes, they need an outstanding athlete and ball winner.

Ndidi is exactly that.

He covers on average 11km per match, the joint-most of any Leicester player along with Youri Tielemans.

He is also sensational at recovering possession before moving the ball on to a team-mate.

Remarkably consistent in all of his defensive tasks, Ndidi is without question the most-rounded holding midfielder in the Premier League.

He ranks sixth or higher in all major categories when assessed against his fellow top-flight central midfielders. The Leicester man is a chief destroyer.

His importance to the team is highlighted by the fact they failed to win any of the six matches he missed at the start of the year with a knee injury.

The Foxes have many more eye-catching talents in their squad but without Ndidi’s unfussy brilliance they would not enjoy as much success.

In his position, Ndidi is an elite footballer.